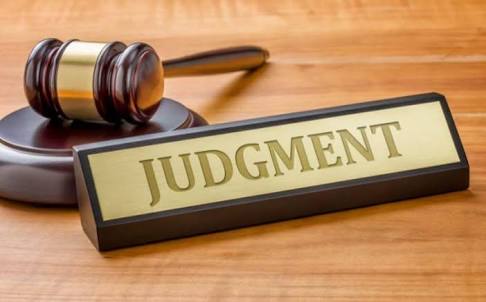 The Court presided over by Justice E. Thompson granted an ex parte order in an application filed by counsel to the former Acting MD of NDDC, Sylvester Adak in a suit marked, PHC/1128/2020.

The court equally restrained the NDDC or any other body from arresting Nunieh, pending the hearing and determination of the matter before the court.

Prior to the order, the Police Commissioner in the state had insisted that Nunieh must be handed over to the police by the governor who had taken her away from her residence when some policemen had gone to effect her arrest.
CP Mukan had told newsmen at the Command’s headquarters in Port-Harcourt that the ex-NDDC boss was under investigation and as such must be handed over to the police.

He reiterated that the policemen from the Inspector General of Police Monitoring Unit had the recognition of the Rivers State Police Command before proceeding to the residence of the ex-NDDC boss. He described the action of the governor as very unfortunate.

See also  Virginity does not protect from fibroid -IVF expert

“It is really unfortunate because under normal circumstance if His Excellency (Wike) is saying that he went to rescue her, he is supposed to turn her over to me because I am the Commissioner of Police on ground and I will be in a better position to take her than for him to take her to Government House.

“Nobody said he should not protect his citizens, but everything should be done within the confines of the law.

“So if you rescue your citizen, we expect you to turn her over to the police who are in a better position to protect her. I still believe he is going to turn her over because the exercise was legitimate. It was within the confines of the law.”