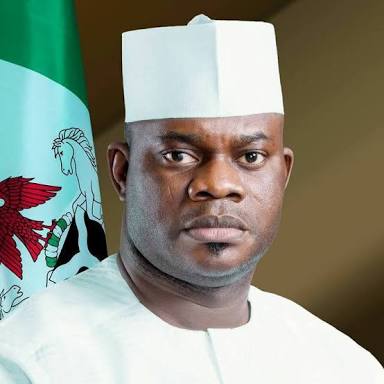 Kogi State Governor and Chairman of the Ondo State Primary Election Committee of the All Progressives Congress (APC), Yahaya Bello says there was no going back in the already ratified decision which adopted the indirect mode of primary for its July 20, 2020 Governorship primary in the state.

He however pledged his committee’s readiness to organize a credible primary election since all the aspirants were respected members of the party who deserved all the necessary level playing field throughout the process.

The governor therefore advised the 12 Governorship aspirants to abide by the party’s decision insisting that “we should abide by the rules and regulations, our party Constitution, the guidelines for the elections, the 1999 Constitution of the Federal Republic of Nigeria (as amended), the Electoral Act, and every other rule that guides elections”.

Governor Yahaya who explained that the State Executive Committee of the party had picked the indirect mode of primary and sent the same to the now dissolved National Working Committee (NWC) of the party for ratification.

“The issue of mode of primary has long been settled. The Ondo Primary election would be conducted via indirect mode. This was the option chosen by the Ondo State chapter of the All Progressives Congress APC and ratified by the National Executive Committee NEC of our great party in the last meeting. So, we are going for indirect primary.

“The Executive Governor of Niger State, Alhaji Abubakar Sani Bello is in Ondo right now, mediating, and to ensure that there is peaceful coexistence and agreement on this mode of primary among the aspirants.

“But let me put it this way, from what I know about party politics especially in APC, I was once a contestant and I had opponents and from what I have come to realise, it is not within the purview of contestants to chose rules of engagement.

“So, it is like going into the general elections now and then APC will be dictating to INEC that this is the rule we want. I do not think it sounds very nicely but I know at the end of the day that every contestant in this election shall be treated fairly and credibly and we shall have a candidate that is going to be acceptable to all the contestants and the people of Ondo State and we shall come out victorious in the general elections.

“The responsibility before me now is to go and conduct free, fair and credible primary election for whoever is going to be the candidate of our party and I shall restrict myself to that, which means I will be guided by the Constitution of our party, the guidelines and all the laws that support the primary election,’ he said.