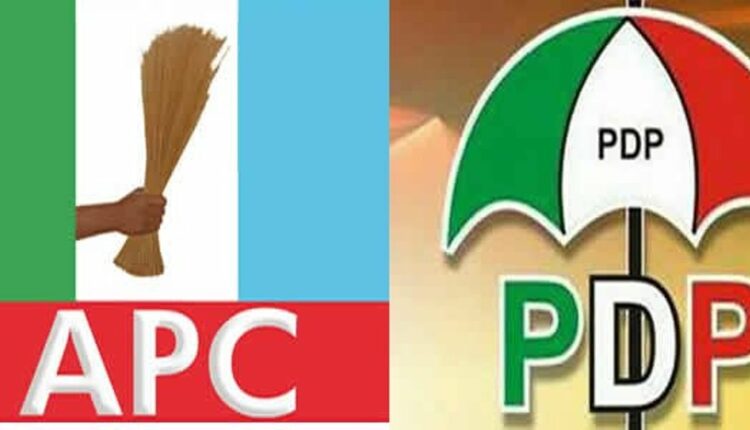 The Peoples Democratic Party, (PDP), has accused the governing All Progressives Congress (APC) of displaying high level of desperation to shield “its corrupt leaders and officeholders who have been implicated” in the ongoing probe of the activities of the Niger Delta Development Commission, (NDDC).

The party while reacting to claims by the APC that it was jittery as a result of the probe, the opposition party said rather than being jittery; it was more worried at the “level of graft in the President Muhammadu Buhari-led administration” in view of the caliber of officeholders that have been accused of corruption.

The party in a statement signed by its spokesman, Kola Ologbondiyan, and made available to newsmen faulted what it described as an attempt by the APC to link it with the rot being probed in the NDDC. It rather accused the party in power of seeking for a possible escape root to frustrate the ongoing probes in some government agencies since its leaders “are complicit and all soiled, from head to toe, in the mire of corruption.”

“The attempt by the APC to accuse the PDP over the collapse of the acting NDDC Managing Director, Daniel Pondei, at the National Assembly, apparently under the weight and shame of the massive corruption in APC administration further exposes APC’s misery.

“Under this administration, no government agency is safe from the pillaging fingers of the APC. The APC and its administration is a huge labyrinth of corruption where APC leaders, cabinet ministers, heads of agencies and departments, presidential aides, anti-corruption agencies and even APC federal lawmakers are all entangled in sharp practices.

“The disgraceful and scandalous appeal of “Hon Minister, off your microphone” situation at the National Assembly sums it all.

“Our party challenges the APC to find its voice and speak out on the litany of evidence in the public space, showing how its leaders have been stealing billions of naira NDDC fund while people of the region, wallow in abject poverty and despondency.

“It is imperative to state that the APC must address the new peel of its labyrinth of corruption at the Nigeria Social Insurance Trust Fund (NSITF) where their leaders and cronies have been fingered in alleged involvement of looting of about N4.448 billion through underhand contracts.

“This is in addition to exposed looting of N33 billion NEMA fund as well as findings by the House of Representatives that the funds were never used for the provision of emergency food for victims of insurgency in the Northeast among other items as claimed.

“The APC has also remained silent over the allegations that part of the looted funds discovered in the EFCC probe, was given to a very top official of the APC administration.

“Nigerians have also not forgotten the alleged malfeasance in the APC-led ministry of finance and that of humanitarian affairs where billions of naira meant for palliatives and other essentials to mitigate the hardship occasioned by the COVID-19 pandemic was allegedly stolen.

“The public is also aware of the leaked NNPC memo detailing how APC leaders stole a whooping N9.6 trillion ($25billion dollars) through underhand contracts; the siphoning of N18 billion out of the N48 billion meant for the rebuilding of six northeast states ravaged by insurgency as well as the looting of N25 billion from the National Health Insurance Scheme, NHIS, among others.

“We know that the APC leaders are now having sleepless nights. However, pointing accusing fingers at others, destroying evidence, resorting to antics at the National Assembly as well as threats, intimidation and attempt to silence vital witnesses will not help the APC as the headquarters of corruption,” the statement read in part.