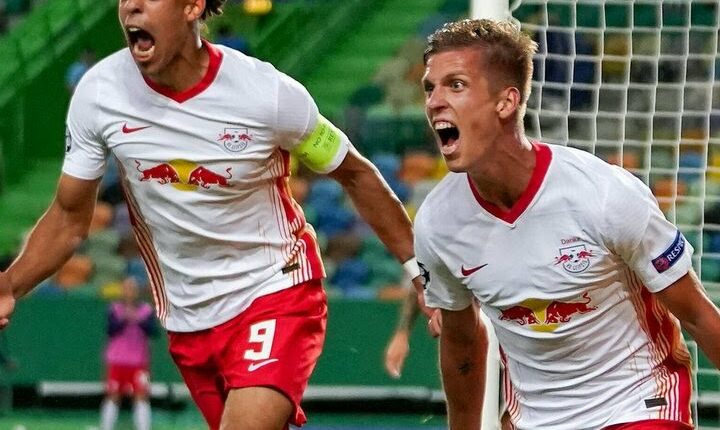 RB Leipzig overcame a typically cautious Atletico Madrid to reach their first Champions League semi-final just 11 years after their formation.
After a poor first half Dani Olmo headed the German side ahead but Atleti substitute Joao Felix levelled the tie from the penalty spot after he had been fouled in the box.
Madrid, chasing a third final in the last six years, seemed content to take the one-legged tie in Lisbon to extra-time and sat back for much of the game.
They were punished for their characteristically defensive approach as Adams’ deflected strike two minutes from time sent Julian Nagelsmann’s exciting side through to face Paris St-Germain. 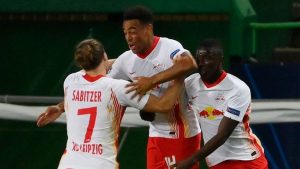 RB Leipzig are the first German side outside of Bayern Munich and Borussia Dortmund to reach the semi-finals of the UEFA Champions League since Schalke in 2010/11.

Atletico Madrid have failed to progress against a German side in the Champions League knockout stages for the first time ever, getting through on all previous three occasions.

All rights reserved. This post: 'Leipzig beat Atletico to set Champions League Semi finals against PSG' and other digital content on this website, may not be reproduced, published, broadcast, rewritten or redistributed in whole or in part without prior express written permission from Anambra City News.