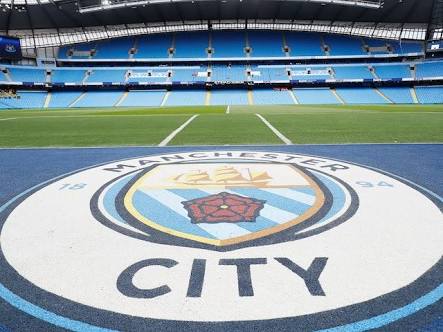 The Court of Arbitration for Sport (Cas) announced the club were cleared of “disguising equity funds as sponsorship contributions”.

Uefa issued the ban in February after ruling City had committed “serious breaches” of Financial Fair Play regulations between 2012 and 2016.

In delivering the ruling on Monday, Cas said City did “fail to cooperate with Uefa authorities” but overturned the decision by Uefa’s club financial control body (CFCB) to ban them.

City said the decision was “validation of the club’s position and the body of evidence that it was able to present”.

“The club wishes to thank the panel members for their diligence and the due process that they administered,” City added.

‘Difficult’ to have had Europe ban hanging over Man City – Richards
What did the ruling say?

Cas’ ruling means City, who are guaranteed to finish second in the Premier League this season, will play in the 2020-21 Champions League.

In this year’s competition, Pep Guardiola’s side face Real Madrid in their last-16 second leg at Etihad Stadium on 7 August. They lead 2-1 from the first leg and will face Juventus or Lyon if they progress.

Cas, who will provide full written reasons for the ruling “in a few days” said the decision “emphasised that most of the alleged breaches reported by the adjudicatory chamber of the CFCB were either not established or time-barred”.

It added that in clearing City of the more serious charges surrounding “dishonest concealment” of sponsorship deals it was “not appropriate to impose a ban on participating in Uefa’s club competitions” for the lesser charge of “obstructing the CFCB’s investigations”.

On reducing the fine, Cas said that, while it considered “the importance of the co-operation of clubs in investigations conducted by the CFCB” and Manchester City’s “disregard of such principle and its obstruction of the investigations”, the Cas panel “considered it appropriate to reduce Uefa’s initial fine by two-thirds”.

It added: “The final award with reasons will be published on the Cas website in a few days.”

See also  Uganda to deploy police to rooftops during poll

Uefa said it noted there was “insufficient conclusive evidence to uphold all of the CFCB’s conclusions in this specific case and that many of the alleged breaches were time-barred”.

The governing body added: “Over the last few years, Financial Fair Play has played a significant role in protecting clubs and helping them become financially sustainable and Uefa and the European Club Association remain committed to its principles.”

Privately, City are hugely satisfied with today’s decision. For, while the verdict is being viewed as a major blow for the whole FFP concept, senior sources at the club insist their argument – and resistance to complying with the initial hearing – was because of opposition to the process they were being judged by, not the regulation itself.

City could not see how it was fair that the evidence being used against them was obtained illegally particularly as, in their view, it created a distorted picture of the reality. It is also being stressed the non-compliance aspect of this case was with the Uefa process, not case.

And, given the vehemence with which they repeatedly argued that the emails used as evidence against them was obtained illegally, it is not hard to work out what the major area of non-compliance might have been.

Even as their two-year ban was being announced in February, the club were confident it would be overturned if they were given what, in their eyes, constituted a fair hearing and they now feel vindicated at how the situation has unfolded.

No-one from the club is saying so but you get the sense the first line of CAS’ statement is the most pleasing from their point of view because it addresses the very crux of the argument City were trying to make, namely, they did not cheat the system by inflating their deals.

What were City accused of?

Reports alleged City – who have always denied wrongdoing – deliberately misled Uefa so they could meet FFP rules requiring clubs to break even.

On 14 February, the independent adjudicatory chamber of the CFCB said City had broken the rules by “overstating its sponsorship revenue in its accounts and in the break-even information submitted to Uefa between 2012 and 2016”.

It added that City had “failed to cooperate in the investigation”.

City, who have been owned by Sheikh Mansour since 2008, were fined £49m in 2014 for a previous breach of regulations.

What was City’s case?

City failed in an initial bid to have Cas halt Uefa’s investigation in November last year.

After the two-year ban was announced, City said the process that led to it was “flawed” and “prejudicial” and immediately announced their intention to appeal.

They alleged they had been the victim of an illegal hack by people who had the express intention of damaging their reputation and that the emails were being used as the basis for reports which were being taken out of context.

City also believed the CFCB was not independent and ended up being distrustful of it, partly because of the amount of secretive information the club felt was leaked to the media.

City boss Guardiola had said on Friday that he was “fully confident about what the club has done”.

Uefa could appeal against the decision in the Swiss federal courts. But BBC Sport understands that is not a route Uefa is keen to go down.

It is unlikely that any such appeal would be heard before the 2020-21 Champions League starts.

The Premier League could have looked to take action as well if the ban had been upheld because their own FFP rules are similar – but not exactly the same – as Uefa’s.

Over the last decade, City have been the dominant force in the English game, but few results have been as important as this one.

An upheld two-year ban would have been disastrous for the club’s finances, their chances of keeping their best players and, above all, their reputation.

Instead, City can breathe a huge sigh of relief, and the uncertainty instead surrounds Uefa and its financial rules.

The credibility off FFP lies in tatters. After all, how can FFP survive after one of the world’s richest clubs, having been found guilty of obstructing a Uefa investigation, a club that was found to have breached the rules in 2014, walk away with just a 10m euros fine?

Many will wonder what kind of deterrent that sets for other clubs, especially clubs with such financial resources. It shows how difficult it has become for governing bodies to enforce the rules.

The language that Cas uses is important. Uefa noted that Cas found “insufficient conclusive evidence” to uphold all of its conclusions, not ‘no evidence’. And some allegations were dismissed because they were more than five years old. And, because City were found to have failed to co-operate, this falls short of a full exoneration.

But City are unlikely to care too much about that and what a story it would be if they can follow this up with a first Champions League success.