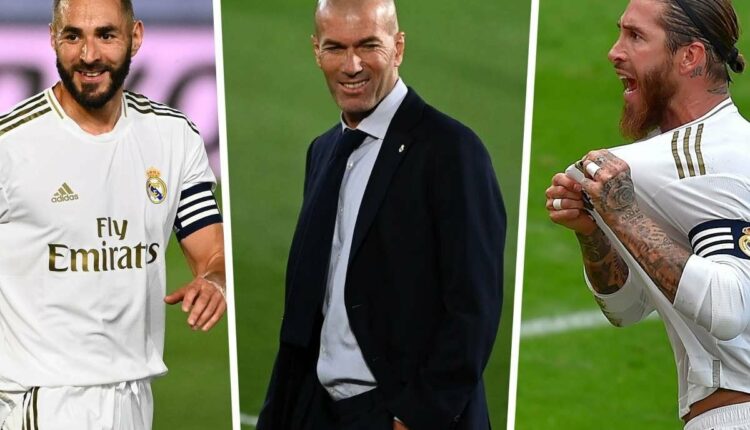 Real Madrid won their first La Liga title in three years with a game to spare after a 2:1 victory over Villarreal at the Alfredo Di Stefano Stadium on Thursday night.

Karim Benzema fired between the legs of Villareal goalkeeper Sergio Asenjo and added a second from a retaken penalty.

Vicente Iborra pulled one back for Villareal but Real held on to win their 34th Spanish title.

Zinedine Zidane’s side have won all 10 of their matches since Spanish football restarted in June, after the lockdown imposed as a result of the COVID – 19 pandemic.

They head into the final day of the season with an unassailable seven-point lead over second-placed Barcelona.

This is only Real Madrid’s third La Liga title in the past nine seasons.

Zidane was in charge the last time they won the league and made it his aim to reclaim the title after returning midway through the last campaign – less than a year after his departure.

It looked as if the Frenchman’s side would fail to deliver on that objective when football in Spain was suspended because of the coronavirus pandemic in March, with Barcelona top of the table.

But Real have been in scintillating form since the restart and did not look like losing after Benzema’s opener on Thursday.

His second from the spot put the game beyond Villarreal’s reach, despite a nervy final few minutes.

Barcelona, Real’s challengers for the title, ended up losing to Osasuna also on Thursday night.

The trophy was presented to Real Madrid after the match with Villareal and in the celebrations that ensued afterwards, Zidane was lifted up by his jubilant players.