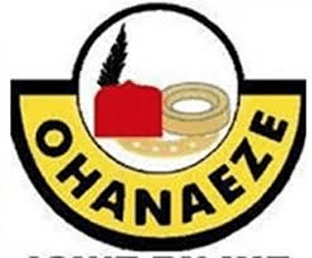 The apex Igbo Socio-cultural organisation, Ohanaeze Ndigbo on Thursday joined the demand that the present crop of Service Chiefs should resign or be fired by President Muhammadu Buhari, insisting that their retention was becoming a national and international embarrassment.

The organisation declared its support to the resolution by the Senate asking the current Service Chiefs to resign following the deteriorating state of insecurity in the country.

The President General of the organisation, Chief John Nnia Nwodo in a statement signed by his

Special Adviser on Media and Publicity, Chief Emeka Attamah said retention of the service chiefs was becoming a national and international embarrassment to the nation.

Ohanaeze Ndigbo said that the response by the Senior Special Adviser to the President, Femi Adesina, to the call was unacceptable and an insult to Nigerians who are receiving the brunt of the attacks and killings.

Nwodo, wondered why the Federal Government had remained intransigent on the service chiefs and refused to save the nation from undeserved calamity.

Reacting to the recent killing of Nigerian Army officers and soldiers by bandits in Katsina and five aid workers by Boko Haram, the President General regretted that innocent lives of young Nigerian men and women and even foreigners were being wasted daily due to the refusal of the Federal Government to do the needful.

Ohanaeze asked what was special about the current service chiefs that made them indispensable, adding that it was unconstitutional to keep a worker in service long after he is due for retirement.

It further observed that the continued retention of the service chiefs went against the grain of military service which he said breeds bad blood among the officers whose careers are stunted by the action.

The President General said that it was not surprising that there are overt dissensions in the military with soldiers resigning in their numbers due to dissatisfaction and disaffection coupled with the alleged corruption in the force.