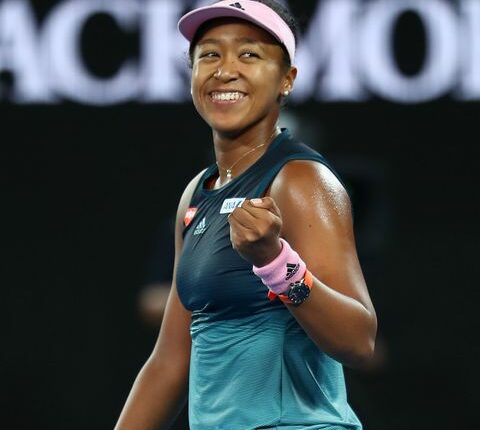 Naomi Osaka has withdrawn from the Western and Southern Open final with a left hamstring injury, two days before the start of the US Open.

The 22-year-old Japanese was due to play Belarus’ Victoria Azarenka in New York on Saturday.

Her withdrawal means Azarenka is champion by default, the former world number one’s first title since 2016.

World number 10 Osaka said she wanted to “thank everyone for the outpouring of support” after an “emotional week”.

She initially pulled out of her semi-final at the Western and Southern Open because “as a black woman I feel there are much more important matters at hand”.

Tournament organisers then suspended play in New York on Thursday, one of a number of sporting events in the US to do so in protest at the shooting of Jacob Blake – a black man who was shot seven times in the back by police on Sunday in Kenosha, Wisconsin.

The Western and Southern Open is usually held in Cincinnati but was moved to New York to create a two-tournament safety bubble that also incorporates the US Open, which is the first Grand Slam since the sport was put on hold by the coronavirus pandemic.

All rights reserved. This post: 'Injured Naomi Osaka pulls out from Western and Southern Open Final' and other digital content on this website, may not be reproduced, published, broadcast, rewritten or redistributed in whole or in part without prior express written permission from Anambra City News.