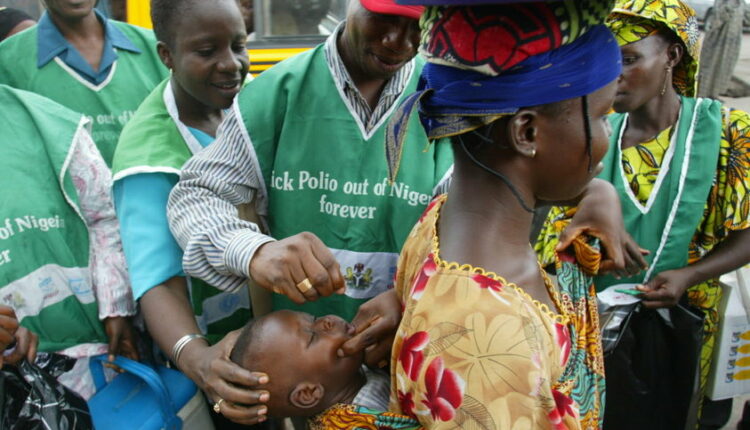 The Enugu Government has achieved 100 per cent success coverage in the just concluded ‘specific-target’ polio vaccination in the state.

NAN reports that the state embarked on six-day specific-target polio vaccination in 16 wards within the Uzo-Uwani council area between Aug. 22 and Aug. 27.

The executive secretary said that the agency had not achieved such a resounding target in a single specific-target polio vaccination exercise. He said the exercise enjoyed the maximum support of all relevant individuals and organisations, including the council chairman, workers, traditional rulers, religious leaders and community-based organisations.

The executive secretary noted that the exercise had to be extended for an additional two days to allow for effective and proper coverage of wards in difficult terrains.

“We recorded coverage of 100 per cent in Oral Polio Vaccination (OPV) and 96 per cent in the Fractional Inactivated Polio Vaccine (FIPV) in the just-concluded immunisation.

“The agency enjoyed robust cooperation from the chairman of the council area that also ensured that other leaders and workers within the council area supported us to attain the success,’’ he said.

Ugwu, however, said that the agency encountered few challenges during the exercise and that these centred on logistics and nature of the terrain.

“We were able to overcome these challenges by involving more hands, more vaccination teams, additional two State Technical Facilitators (STFs) and ensure very close supervision and dedication of all involved in the exercise.

“Of course, we have to extend the exercise for two additional days for effective mop-up and ensuring no child under the age range for the exercise is omitted,’’ he said.

The executive-secretary commended Gov. Ifeanyi Ugwuanyi for the support he gave the agency, especially in the just-concluded polio vaccination exercise.

“I also laud National Primary Health Care Development Agency, WHO, UNICEF as well as Rotary International, Association of Local Government of Nigeria, chairman of Uzo-Uwani council area and other stakeholders for their support to the exercise’’.