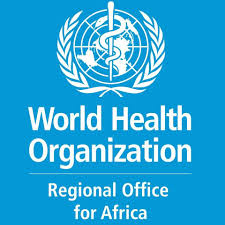 The ARCC Chairperson, Professor Rose Gana Fomban Leke who stated this in a statement described the feat as historic.

The development marks eradication of the second virus from the face of the continent since smallpox 40 years ago. The last case of wild poliovirus in the region was detected in 2016 in Nigeria.

“The ARCC’s decision comes after an exhaustive, decades-long process of documentation and analysis of polio surveillance, immunization and laboratory capacity of the region’s 47 member states, which included conducting field verification visits to each country.”

In 1996, African Heads of State committed to eradicate polio during the Thirty-Second Ordinary Session of the Organisation of African Unity in Yaoundé, Cameroon.

At the time, polio was paralysing an estimated 75,000 children, annually, on the African continent.

The WHO Regional Director for Africa, Dr. Matshidiso Moeti, described Africa’s attainment of the wild poliovirus free status as a momentous milestone.

She said that future generations of African children can now live free of wild polio.

“This historic achievement was only possible thanks to the leadership and commitment of governments, communities, global polio eradication partners and philanthropists.

“I pay special tribute to the frontline health workers and vaccinators, some of whom lost their lives, for this noble cause.

“However, we must stay vigilant and keep up vaccination rates to avert a resurgence of the wild poliovirus and address the continued threat of the vaccine-derived polio.

According to the Coordinator of WHO Polio Eradication Programme in the African Region Dr. Pascal Mkanda, “Africa has demonstrated that despite weak health systems, significant logistical and operational challenges across the continent, African countries have collaborated very effectively in eradicating wild polio virus.