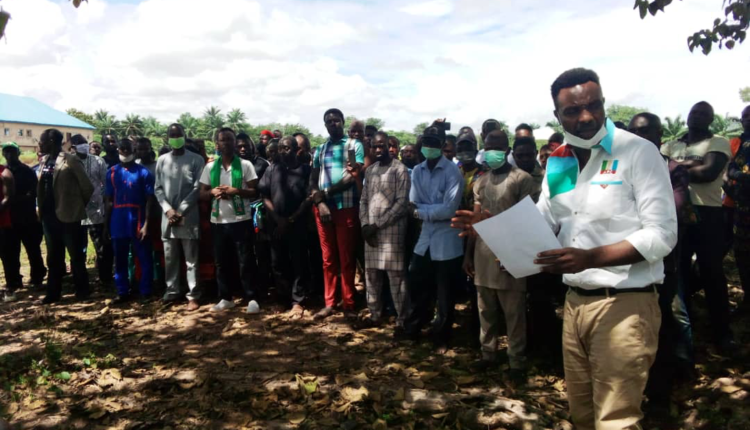 The All Progressives Congress (APC) on Saturday restated its determination to resist any attempt by the Peoples Democratic Party (PDP) to manipulate the forthcoming October 31 bye-election in Isi-Uzo State constituency in Enugu state.

Delegates at the primary election elected Engr. Macdonald Ejiofor  Okwor, as its consensus Candidate for the bye-election.

Nwoye who spoke to newsmen at the end of the exercise observed by officials from the Independent National Electoral Commission (INEC) expressed satisfaction with the peaceful conduct of the primary election, noting that the development was a clear indication that the party was more prepared to clinch the seat on Election Day.

He said the peaceful way the exercise which had Comrade Adolphus Udeh as returning officer, was conducted had sent a strong message to the ruling party in the state that APC as a party would no longer tolerate any form rigging.

The Chairman boasted that his party has the capacity and needed structure to win the election in a free and fair context, hinting that they have concluded arrangements for massive and robust campaign in all the 118 political wards that makes up the constituency.

“We may not have the financial strength to match PDP, but we have the electorate by our side.

“I want to say that our party is ready, and fully committed to deliver our dear candidate come October 31st. So, that he will use our broom to sweep away corruption and all manner of electoral undemocratic conducts as well as manipulations in his constituency

In his remarks, the elated Candidate, Engr. Okwor, said APC will do everything within the ambits of the electoral laws to make sure that votes of the electorate count during the election, stressing that “I’m very confident that with God on my side, victory will be mine at the end of the day”.

All rights reserved. This post: 'Bye-election: Enugu APC vows to clinch lone State Assembly Seat' and other digital content on this website, may not be reproduced, published, broadcast, rewritten or redistributed in whole or in part without prior express written permission from Anambra City News.