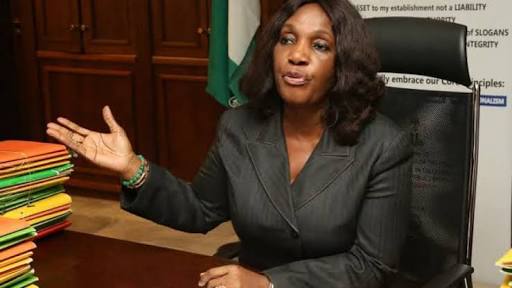 The situation was courtesy of Governor Nyesom Wike of Rivers State who reportedly responded swiftly to a call from the embattled Nunieh.

The governor was said to have driven to the ex-NDDC boss’ residence and took her to the Government House.

She is currently taking refuge at the Rivers State Government House, Port Harcourt.

Nunieh and Senator Godswill Akpabio, Minister of Niger Delta Affairs had engaged in war of words since the ongoing investigation into NDDC operations commenced.

While Akpabio accused her of insubordination, she on her part accused the minister of sexually harassing her.

Over a dozen of security men had barricaded Nunieh’s residence, Thursday morning banging on the gate.

Nunieh said: “This is definitely the handiwork of those who don’t want me to tell the truth about what is going on at the NDDC. My Governor, Wike, says they have tried to pressure him to retract the statement from the state government, warning that I should not be harmed but he has refused. The minister (Akpabio) thinks he can intimidate me with police but I will not be intimidated. He is afraid that I have exposed the fact that there is no forensic audit going on at the NDDC. Yesterday, the BPP appeared before the Committee and said they were deceived into issuing a certificate of’no objection’ by Akpabio who told them that the 2020budget had been passed. No matter how long they take I will give my testimony.”

Speaking later in an interview with Arise News this morning, Nunieh said the security men stormed her house and told her that they came to arrest her. According to her, when she asked them for warrant of arrest they said they didn’t have.
She then called the State police Commissioner, who according to her, said he was not aware of the operation.
She later called Governor Wike, who immediately drove to her residence, rescued her and took her to the Government House, Port Harcourt.
She said it was sad that those who administered oath on her were still walking free and also those accused of embezzling NDDC money were still walking free.