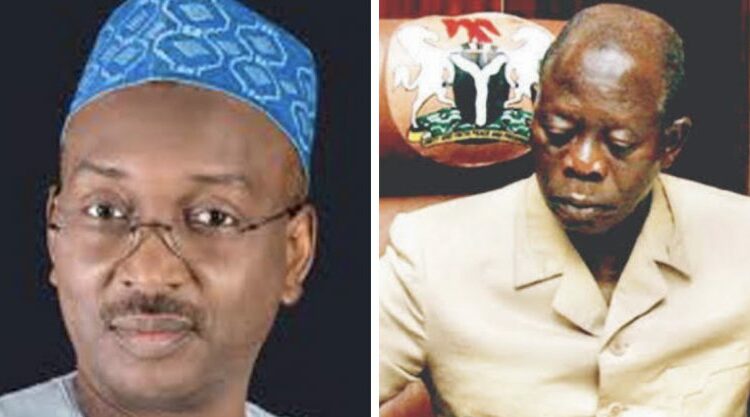 Ahead of the off-season Governorship elections in Edo and Ondo States, the Progressives Governors’ Forum has expressed concerns over what it described as the diminishing electoral value of the All Progressives Congress, (APC), noting that even the dissolution of the Comrade Adams Oshiomhole’s led National Working Committee (NWC) had not resolved all pending issues.

The Director General, Dr Salihu Lukeman of the forum, which is the umbrella body of governors elected on the platform of the APC said rather than improve the electoral fortunes of the party, the reverse had been the case since the dissolution, especially in Edo state.

Lukeman specifically expressed worries that even at the moment, Oshiomhole the former National chairman had completely taken over the campaign of the party’s candidate in the Edo State governorship election, Osagie Ize-Iyamu.

In his statement titled ‘Progressive Politics – Which Way, APC?’ the forum however expressed satisfaction with ongoing efforts being made by Governor Rotimi Akerodolu to reconcile with aggrieved party members and leaders ahead of the Ondo election.

But in the case of Edo, he said instead of reconciliation, “loud drums of war” had taken over the airwaves in the state.

“Comrade Oshiomhole has relocated to Edo State and taken over the APC campaign and the campaign is proceeding in a manner that suggests the Edo State governorship election is an extension of the personal battle between the governor, Mr Godwin Obaseki, and Oshiomhole.

“To that extent, it simply means Comrade Oshiomhole is disowning himself, which may be why he went on his knees begging the Edo people for forgiveness.”

According to him, APC leaders need to be reminded that the last leadership crisis was triggered by the deep concerns around the diminishing electoral viability of the party.

“This may be the problem, partly because, if our leaders are unable to recognise that the APC is faced with the problem of diminishing electoral viability, then there is a big problem,” he said.