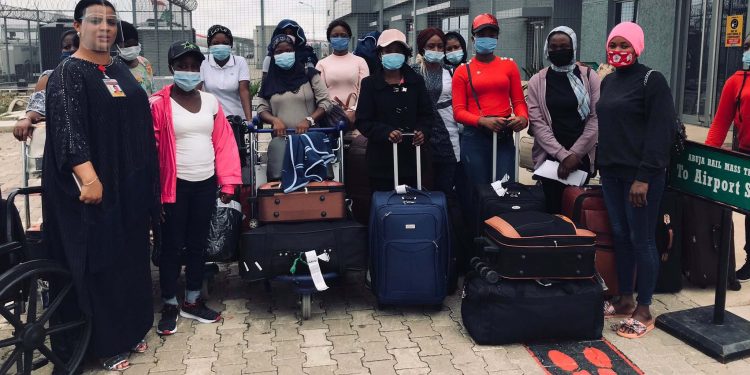 The girls were rescued after they were seen crying for help in a video that went gone viral on the social media. ‎

Head of the Abuja Operation Office of the National Emergency Management Agency, Mr Bitrus Samuel, ‎announced the resc‎ue and arrival of the girls.

‎Samuel said the girls were the second batch of more than 150 Nigerian girls who were trafficked to Lebanon in search of greener pastures.

The first batch, comprising 94 girls, has already returned to the country.

The National Agency for the Prohibition of Trafficking in Persons (NAPTIP) is to profile the records of the 71 girls, after which the agency would quarantine them as a precaution against the coronavirus disease. ‎

The Ministry of Foreign Affairs held several discussions with the Ambassador of Lebanon to Nigeria, Mr Houssam Diab, b‎efore the Lebanese Government agreed to release the girls to the Federal Government.