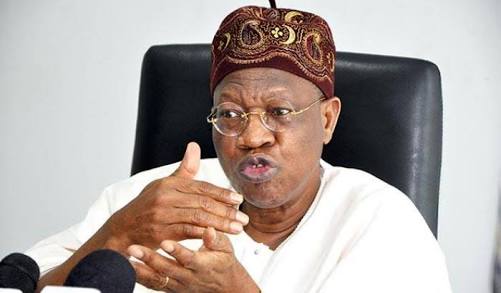 ‎Broadcast stations in the country will henceforth pay the sum of five million naira as fine for ‘hate speech’.

The Minister of Information and Culture, Lai Mohammed, who unveiled the Code at an event in Lagos, revealed that the government has raised the fine for hate speech from N500,000 to N5 million.

The review of the Code followed a presidential directive for an inquiry into the regulatory role of the NBC in the wake of the 2019 general elections.

President Muhammadu Buhari had also ordered the probe of the conduct of the various broadcast stations before, during and after the polls.

Mohammed explained that, based on findings from the probe, the President approved recommendations aimed at repositioning the NBC to better perform its regulatory role.

The recommendations include amendment of provisions in the Broadcasting Code and Act.

Mohammed further observed that individuals and organisations who felt the last amendments affected their business interests had resorted to blackmail in order to frustrate its implementation.

However, he insisted that the Federal Government will go ahead to implement the amendments.

‎The minister advised those who are dissatisfied with the amendment to the 6th Edition of the Broadcast Code to meet with the NBC and present their views.
‎
‎