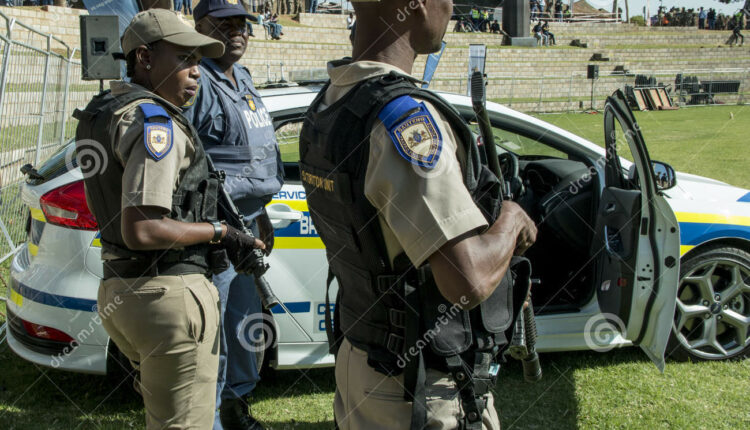 South African police on Monday arrested five suspects over the 2014 murder of national football captain Senzo Meyiwa, a major breakthrough in a case that stunned the crime-ridden nation.

The 27-year-old goalkeeper and national squad captain were gunned down at the home of his pop-star girlfriend Kelly Khumalo, southeast of Johannesburg during the evening of October 26, 2014.

Until now, police failed to find the killers, sparking accusations of incompetence.

A newly-appointed cold case unit took over the sluggish investigation in 2018, gathering evidence that allowed police to make a first string of arrests exactly six years after Meyiwa’s murder.

“Investigations are still ongoing and more arrests cannot be ruled out,” he added, lauding the cold-case team for their “tireless” work.

National police commissioner Khehla Sitole said one of the detainees was “the key suspect suspected of having pulled the trigger”.

Sitole explained that key ballistic evidence emerged when investigators found the firearm used to shoot Meyiwa and linked it back to the crime scene.

“We have a concrete case this time because it is backed by evidence,” he said, noting that the “cracking of the case” had merely coincided with the murder’s anniversary.

The five suspects are scheduled to be formally charged in court on Tuesday.

Meyiwa was captain and goalkeeper of both the Bafana Bafana national team and the Orlando Pirates football club.

Cele deplored the “immeasurable pain” suffered by the sports icon’s family and fans, and vowed to “ensure justice”.

All rights reserved. This post: 'South African Police arrest five over murder of Football captain, Meyiwa' and other digital content on this website, may not be reproduced, published, broadcast, rewritten or redistributed in whole or in part without prior express written permission from Anambra City News.