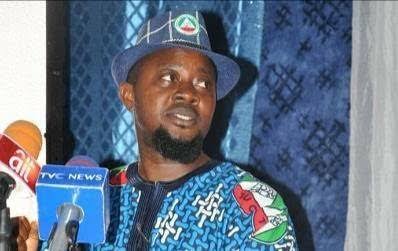 The Trade Union Congress (TUC) has vowed to proceed with its planned indefinite strike and nationwide protest billed to commence from Wednesday, September 23, accusing the federal government of being insensitive to the plight of the citizens.

The latest position was sequel to the statement in the meeting between the TUC, the Nigeria Labour Congress and the government.

It was gathered that government representatives at the meeting had made spirited efforts to justify the hikes in the price of petrol and electricity tariffs, a clear indication that government unreadiness to bow to the demands of the organized Labour for a total reversal.

Apparently angered by that disposition, the TUC has therefore vowed not to back-pedal but to proceed with its strike action, more so when government had not come with details of how it intends to alleviate the effects of those hike.

President of the TUC, Quadri Olaleye had said in a phone conversation that the strike would go ahead as government was yet to come up with any acceptable proposal.

The dialogue which held at the Banquet Hall of the Presidential Villa, Abuja, began around 11 am and dragged on till past 7 pm without a resolution on the issues raised by the organized labour.

The parties, however, agreed that the unions should go for consultations with their executive council members and return for the second leg of the meeting at a later date.

The labour unions are expected to hold an expanded meeting today (Wednesday), where they would take a final position on the issues raised at the dialogue and revert back to the government.

In his welcome address, Ngige said there was an urgent need for all stakeholders in the country to join hands to fashion out “how we can survive the economic challenges imposed by the COVID-19 pandemic.”

He said the meeting was “a bilateral dialogue between us as Nigerians to consider the state of the economy and events that have necessitated recent increases in electricity tariff and the price of Premium Motor Spirit.”

All rights reserved. This post: 'Petrol, electricity tariff hike: TUC vows to proceed on strike, as meeting with government ends in stalemate' and other digital content on this website, may not be reproduced, published, broadcast, rewritten or redistributed in whole or in part without prior express written permission from Anambra City News.