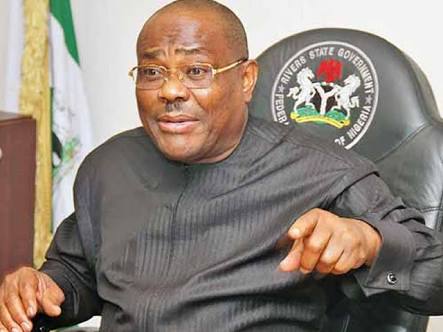 Rivers State Governor, Nyesom Wike, on Monday said the new structure for teachers announced by the Federal Government would create crisis for the country’s educational system.

The governor spoke when representatives of the Board of the College of Medical Sciences, Rivers State University paid him a courtesy visit at the Government House, Port Harcourt.

Wike noted that while it was good to give teachers a new salary scale, it was also important not to politicise such a sensitive issue.

“It was good to give teachers special attention because of their strategic role in the society but such policy should be properly implemented.‎

“The clamour for a new revenue formula by states has not received any attention by the Federal Government despite the obvious need for the review; they are rather imposing a new financial burden on the states without consulting them,” he said. ‎

‎Wike said his administration will provide basic infrastructure that will make the College of Medical Sciences of the state university one of the best in the country.

The Pro-chancellor and Chairman of the Governing Council of the Rivers State University, Justice Iche Ndu, thanked the governor for his support to the institution.

All rights reserved. This post: 'New salary structure for teachers will create crisis, Wike‎ warns' and other digital content on this website, may not be reproduced, published, broadcast, rewritten or redistributed in whole or in part without prior express written permission from Anambra City News.