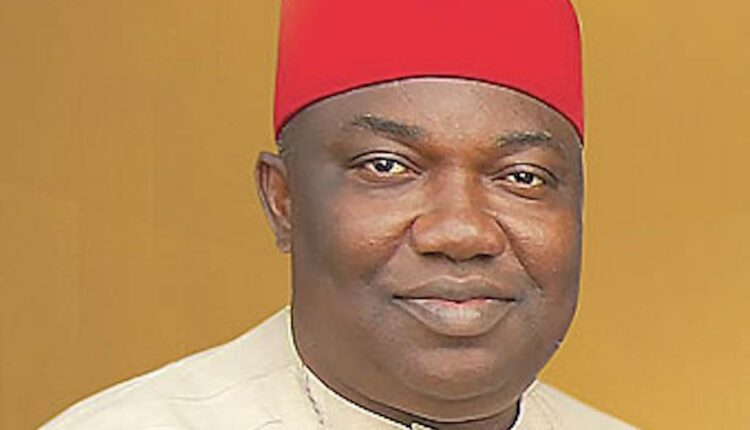 The Nigeria Union of Teachers (NUT), Enugu State Wing, says primary school teachers in the state will embark on strike, if the state government fails to pay them the new minimum wage before school resumption.

The Chairman of the NUT, Chief Nweke Odo, disclosed this on Tuesday in an interview with the News Agency of Nigeria.

Odo said that it was unacceptable that five months after the state government announced the implementation of the new wage, primary school teachers were yet to get theirs.

The chairman said that the NUT had in a letter dated March 13, 2020, and addressed to Gov. Ifeanyi Ugwuanyi notified the state government of its intention to proceed on strike after 21 days of issuing the letter.

The letter partly reads: “the State Wing Executive Council (SWEC) was duly briefed by the leadership of the NUT on the reasons being adduced as to why the delay had persisted, prominent among which was lack of the needed fund.

“The SWEC appreciated Your Excellency for magnanimously approving the N30, 000 minimum wage, especially as teachers in the Post-Primary Schools subsector have been paid.

“The SWEC, therefore, directed the leadership of the union to issue a 21-day ultimatum to Enugu State Government within which to pay or the affected teachers will remain at home.

“Accordingly, Your Excellency, the state government is, hereby, given a 21-day ultimatum with effect from March 13, 2020, to pay the primary school teachers, else their services will be withdrawn at the expiration of the 21 days,”

Odo said that the period given to the state government to pay or face the consequences had lapsed with no implementation.

He said that the Coronavirus (COVID-19) pandemic and closure of schools made the union not to have directed the primary school teachers to start the strike.

The chairman, however, said that if the situation remained the same, the primary school teachers would withdraw their services any time schools reopen without further notice to government.

Odo also said that the state government should be ready to pay whatever arrears that would accumulate from February 2020 when it started paying workers in the ministry and Post-Primary Schools sub-sector.

It was gathered that workers in the local governments, state government agencies and departments are yet to receive the new wage.

When contacted, the Commissioner for Education, Prof. Uche Eze, said that though he had not received any official information from the NUT on the planned strike but the issue was being addressed.

“I know that currently, there is a committee that is negotiating with the NUT.

“It will be wrong for the NUT to announce the strike when they are still discussing,” Eze said.