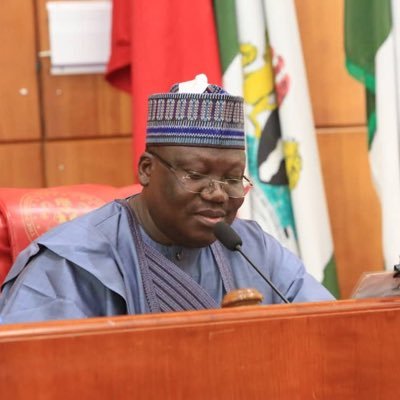 Irked by the incessant killings of Soldiers who are protecting the lives and property of the people as well as the reported deserting of over 200 soldiers, the Nigerian Senate on Tuesday urged the nation’s service chiefs to throw in the towel, in order to give room for fresh hands to tackle the security challenge plaguing the country.

The resolution followed a motion brought to the floor of the Senate via a point of order by the Chairman of its Committee on Army, Senator Ali Ndume (Borno South-APC) under Order 42(1) of the Senate Standing Orders as Amended.

Ndume lamented that the security challenge in the country was deteriorating, citing the recent case where over 21 soldiers were reportedly ambushed in Gamboa in Borno State, noting that the situation was becoming more troubling.

Contributors to the motion said if the development continued unchecked, the war against insurgency and banditry might be in jeopardy. They claimed that already many members of the armed forces who are scared of losing their lives have started resigning from the military.

The Vice-Chairman of the Senate Committee on Customs, Senator Ayo Fadahunsi, proposed an additional prayer that demanded the stepping aside of the service chiefs and his prayer was seconded by Senator Betty Apiafi.

The Senate President, Ahmad Lawan, ruled on the prayer and it was overwhelmingly supported by all the senators in attendance.

The Senate, therefore, asked the service chiefs to step aside to enable President Muhammadu Buhari to appoint new ones with fresh ideas.

All rights reserved. This post: 'Insecurity: Senate asks Service Chiefs to resign' and other digital content on this website, may not be reproduced, published, broadcast, rewritten or redistributed in whole or in part without prior express written permission from Anambra City News.