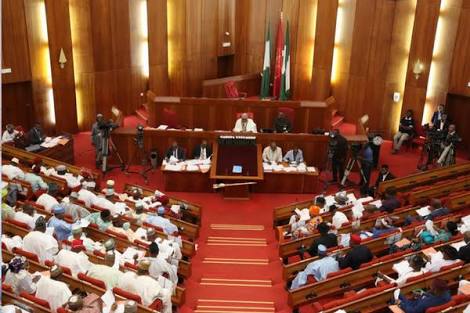 A bill which was passed by the Senate on Tuesday would, when signed into law, ensure that males are recognised as rape victims.

The bill, which is an amendment to the criminal code act CAP C38 LFN 2004, passed third reading following a report presented by Opeyemi Bamidele, chairman of the committee on judiciary, human rights and legal matters.

The bill is also seeking to remove the statue of limitation on rape cases, thereby ensuring that there is no time limit for prosecution of the offence.

Bamidele, while presenting his report, said amendments in the bill will address outstanding issues in the prosecution of rape cases.

“The bill will address lingering issues starting with statute of limitation in the prosecution of rape and as well as defilement cases and it will curb the menace which has been on the rise.

“That the statute of limitation has been omitted from the violence against persons act 2015 which is the prevailing law of the subject matter.

“The bill seeks to amend the criminal code act of 1916 and not that of the states. The bill when enacted will apply to the federal high court

“The senate committee on judiciary, human rights and legal matters to which this bill was referred, having considered same, recommends as follows; that the senate pass the criminal code act CAP C38 LFN 2004 (amendment) bill 2020,” he said.

Having passed third reading at the Senate, the bill will be sent to the house of representatives for concurrence.