I started #EndSARS protest before any other person – Wike 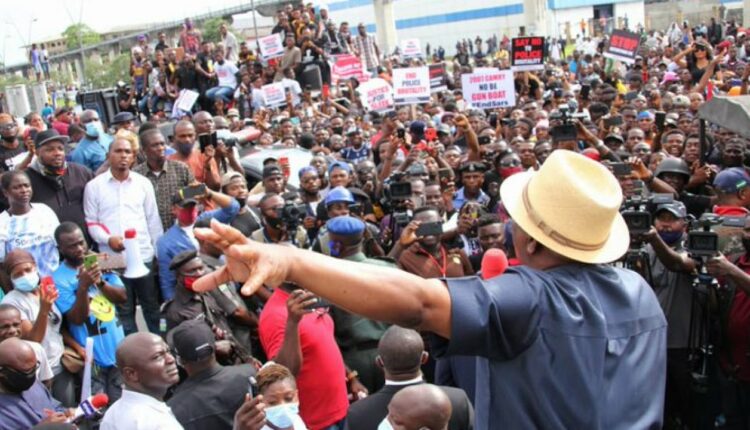 After initially banning the #EndSARS protests in the state last night, Governor Nyesom Wike of Rivers State on Tuesday make a U-turn as he not only joined the protest in Port-Harcourt but also demanded for the total reform of the Nigeria Police Force.

Addressing the crowd of protesters, Governor Wike once more reiterated his opposition to the protest, but noted that the reality on ground had made it imperative for all men of goodwill to join the protest to demand for the reform of the police.

“I never supported us to be here. I took an oath to protect the lives and property of people of the state. The blood of Rivers of people matters to me. 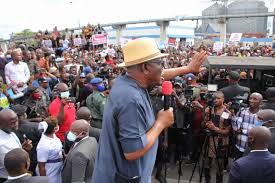 “Rivers State has suffered in the hands of SARS. When we raised the alarm of SARS activities, they did not give attention but it has now happened in other places.

“No governor in this country can say they have challenged SARS the way we have done. When there was so much kidnapping in this state, I raised an alarm to the federal government.

“I am the only governor that has come out to start end SARS protest. No other state. We have lost so many people in this state to SARS. No state supported us. SARS has killed our people a lot,” he stated.

All rights reserved. This post: 'I started #EndSARS protest before any other person – Wike' and other digital content on this website, may not be reproduced, published, broadcast, rewritten or redistributed in whole or in part without prior express written permission from Anambra City News.

Just in: SWAT replaces SARS as IGP orders ex-operatives to report for medical examination in Abuja