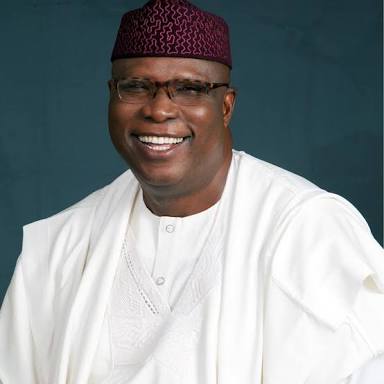 ‎Presidential adviser on political matters, Senator Babafemi Ojudu, a son in-law of Chief Bola Tinubu, and nine others have been suspended by the All Progressives Congress in Ekiti State for allegedly disobeying the directive of the party’s National Executive Committee.

The development was disclosed in a letter titled, ‘Indefinite suspension of some members of Ekiti State Chapter of APC’, signed by the state Publicity Secretary of the APC, Ade Ajayi.

The letter, dated September 23, was available to journalists in Ado Ekiti on Thursday.

The letter reads, “The State Executive Council of the Ekiti State chapter of APC has approved indefinite suspension of the following members with immediate effect from 23rd September, 2020.

“The suspension is based on the recommendation of the Investigative/Disciplinary Committee inaugurated by SEC to investigate the disobedience of certain members to the directive of NEC of 25th June, 2020, which directed members of the party not to institute any court action and to withdraw existing cases in courts.

“The decision of SEC has been communicated to the caretaker/extra ordinary convention planning committee of the party.”

All rights reserved. This post: 'Ekiti APC suspends Buhari’s aide, Tinubu’s in-law, others' and other digital content on this website, may not be reproduced, published, broadcast, rewritten or redistributed in whole or in part without prior express written permission from Anambra City News.

Why I refused to appear before Salami panel… Malami