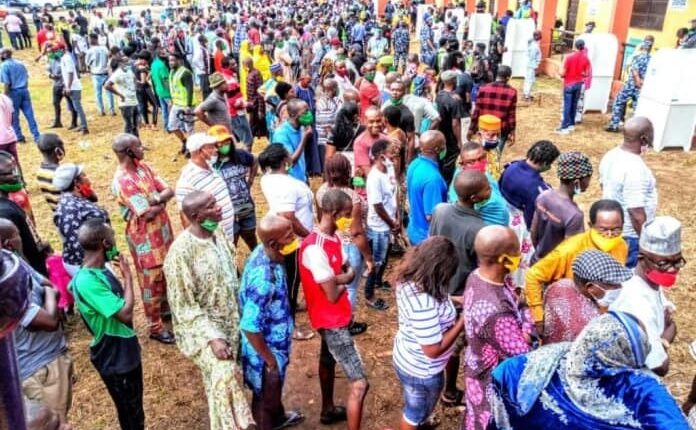 ‎Card Readers provided by the Independent National Electoral Commission for the Edo Governorship election failed to authenticate fingerprints of some voters in Esan West and Esan Central Local Government Areas of Edo on Saturday. ‎

Observers who monitored the election in the areas, report that although the Card Readers identified voter cards, they failed to authenticate fingerprints.
‎

It was the same scenario in units 5 and 6, Ward 6 (Idumebo Primary School), in Esan Central Local Government Area.

However, voters were still allowed to vote after the cases were incidented on INEC form after which the voters were made to thumb print in the form.

Meanwhile, Mr Victor Edoro, a politician in the area and an ex-commissioner in Edo, Mr Gideon Obhakhan, have described the exercise as impressive.

He described the voting process as peaceful and orderly, with compliance to COVID-19 Pandemic containment protocols.

All rights reserved. This post: 'Edo election: Card readers fail to authenticate fingerprints in Esan West‎' and other digital content on this website, may not be reproduced, published, broadcast, rewritten or redistributed in whole or in part without prior express written permission from Anambra City News.