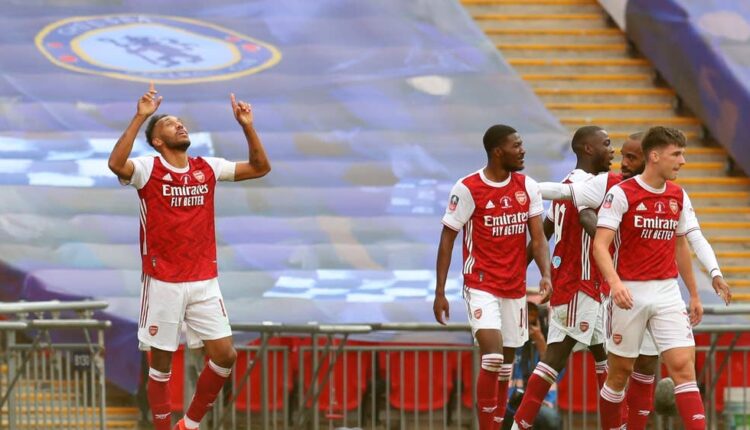 Two goals from Pierre-Emerick Aubameyang were enough as Arsenal came from behind to beat London rivals Chelsea 2-1 to win the FA Cup final on Saturday.

With the result, Arsenal extended their record number of wins to 14 – two more than Manchester United. They have won 10% of all FA Cups

Victory is their seventh this century and fourth in seven seasons.

They have triumphed in nine of their last 10 FA Cup finals, including each of the last seven in a row – matching Tottenham’s record between 1901 & 1982.

Arteta is the first person to win the FA Cup with Arsenal as both a captain and a manager.

They will be playing in Europe for the 25th straight season– Wolves miss out unless they can win the Europa League.

Former Newcastle captain, Alan Shearer in his reaction said Arsenal were the better team, as they showed great character after going behind and Chelsea didn’t have a shot on target in the second half.