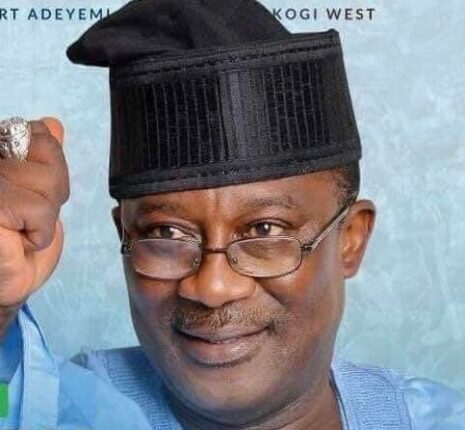 The Abuja Division of the Court of Appeal, on Tuesday dismissed an appeal by the defeated candidate of the Peoples Democratic Party (PDP) for the Kogi West senatorial district, Senator Dino Melaye challenging the election of a former President of the Nigeria Union of Journalists (NUJ), Senator Smart Adeyemi for lack of merit.

In dismissing Melaye’s application, the court affirmed Adeyemi of the All Progressives Congress, APC, as the validly elected senator for the district.

The appellate court, in a unanimous decision by a three-man panel of Justices said it found no reason to set aside the judgment of the Kogi State National and State Houses of Assembly Election Petition Tribunal, which upheld Adeyemi’s return as winner of the senatorial contest that held on November 16, 2019.

Aside from resolving all the seven issues that Melaye and the PDP raised in the appeal, against them, the appellate court, awarded a cost of N50, 000 in favour of each of the Respondents.

The Appellants had in their 32 grounds of appeal, challenged the June 10 verdict of the tribunal that validated Adeyemi’s victory with a total of 88, 377 votes as against 230, 133 votes that was polled by Melaye.

Melaye told the court that the tribunal failed to properly evaluate the petition and proof of evidence he entered against the return of Adeyemi of the APC as winner of the senatorial contest.

He alleged that the Justice Isa Sambo-led three-man panel tribunal wrongly rejected some documents that were tendered before it, and thereby occasioned grave miscarriage of justice against him.

Melaye, who lost his re-election bid to Adeyemi, further alleged that the tribunal ignored evidence he tendered to prove that about 22, 290 votes that accrued to him in a particular local government, were unlawfully cancelled.

He insisted that evidence of his witnesses that the election was marred by over-voting, was not disputed. Besides, Melaye alleged non-adherence to INEC’s Guidelines and Manual for the election, adding that there was total non-compliance with the Electoral Act.

He urged the Court of Appeal to declare that he was the candidate that secured the majority of lawful votes cast at the election and therefore the winner.

Meanwhile, though the Appellate Court struck out Adeyemi’s preliminary objection, it held that the appeal lacked merit and deserved to be dismissed.

“Each of the seven issues are resolved against the Appellant. The instant appeal grossly fails and it is hereby dismissed”, the Appellant Court held in the lead judgement that was delivered by Justice Ibrahim Saulawa.

It will be recalled that the tribunal had in its judgement, held that Melaye and PDP, failed to prove that Adeyemi was wrongfully returned as winner of the Senatorial election.

The panel stressed that evidence adduced by the petitioners was not sufficient to sustain their case.

Justice Khadi Adamu Usman who delivered the lead judgment, said the petitioners were unable to prove that the election was not only characterized by manifest irregularities, but was not conducted in compliance with the Electoral Act.

Specifically, the tribunal noted that whereas election was conducted in 173 polling units, the petitioners merely called witnesses in respect of 48 polling units.

It further noted that aside the fact that the petitioners did not lead evidence in respect of 125 polling units, out of 257 proposed witnesses, only 71 of them were bought to testify in the matter.

The tribunal held that most of the witnesses gave contradictory, conflicting, hearsay and unreliable evidence that was not capable of sustaining allegations the petitioners raised in their petiton.

More so, the tribunal, rejected the evidence of the first petitioner, Melaye, saying it was contradictory and unreliable.

Dismissing the case for want of merit, the tribunal held: “The position of the law is that once an election result has been declared by the electoral umpire, the Independent National Electoral Commission (INEC) the result enjoys the presumption of regularity of the result as the burden is on the person challenging the result or the return to lead evidence to prove that the result to disprove the result.

“The tribunal finds that the petitioners failed to lead credible evidence to prove their allegations”, Justice Usman added.