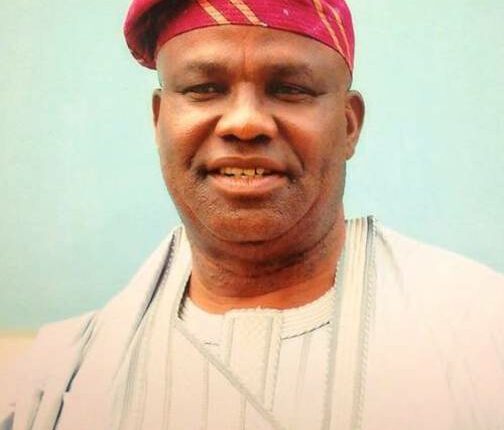 Miffed by the allegations by the Minister of Niger Delta Affairs, Senator Godswill Akpabio that lawmakers were major beneficiaries of contracts awarded by the Niger Delta Development Commission (NDDC), the Senate on Monday dismissed such as “a fallacy of the highest order”

Apart from also describing it as cheap blackmail, the senate stoutly defended senators listed by the minister, adding that some of the contracts alleged to have been taken by the listed lawmakers at different times were constituency projects appropriated for them in the national budget.

Chairman, Senate Committee on Ethics, Privileges and Public Petitions, Senator Ayo Akinyelure who spoke to newsmen in Abuja said the fact that lawmakers lobbied for and got constituency projects effectively captured in the national budget did not suggest that lawmakers were beneficiaries of contracts.

The Senate President, Senator Ahmad Lawan had last week asked the Akinyelure-led Committee to probe the allegations against the senators by the Interim Management Committee, (IMC) of the NDDC that they were awarded contracts and report back in four weeks.

Senator Akinyelure insisted that no senator collected any money for the purpose of executing contracts as lawmakers.

“As a matter of fact, the submission of Senator Akpabio is cheap blackmail which cannot be tenable anywhere in Nigeria. Senators are representatives of the people in the legislature and we have the power of Appropriation. Projects allocated to us are put in the various ministries and agencies of government where they can be fully executed.

“When that is done, the executive arm of government will advertise for contractors to bid for them, and award them, following due process. “The Minister of Niger Delta Affairs was a senator in the 8th Senate. Did he not facilitate projects worth billions of naira to his own constituency through the NDDC? The answer is yes, he did. If he admits that they paid him the money for the execution of the contracts, then, it is a question of investigating who won the contracts.

“The allegation that members of the National Assembly from the Niger Delta region facilitated projects is a fallacy because being indigenes of the region, they have the right to facilitate projects to their communities in the interest of their constituents.

“If I’m the chairman of the Niger Delta committee in the Senate and projects worth N200bn are to be allocated to the region, I will influence 10 percent of it to my constituency. The projects are meant for the Niger Delta region, therefore there is nothing wrong for the National Assembly members from the region to facilitate some of them to their constituencies.

“Therefore, allegations that some Senators have taken money to execute contracts in the NDDC is a fallacy of the highest order because we have our records, we don’t do that. Our committee will look into the allegations of blackmail against some lawmakers and make our findings public”.