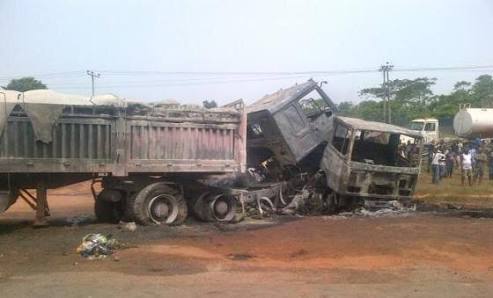 Two persons were killed and six others injured in a road accident in the Anthony area of Lagos State on Wednesday. ‎

It was gathered that the accident occurred when four vehicles, including two trucks, a tanker and a commercial bus, had a collision.

The Director-General of the Lagos State Emergency Management Agency (LASEMA), Dr Olufemi Oke-Osanyintolu, confirmed the development in a statement. ‎

“The resultant collision, a result of reckless driving left occupants of the bus trapped within.

“With the use of the agency’s light rescue equipment, six people were extricated from the bus.

“They were found to have sustained varying degrees of injuries and unfortunately two adult female lost their lives at the scene of incident.