Why Magu was datained by Femi Adesina 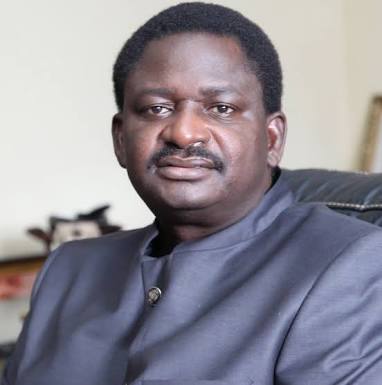 The Presidency has said the suspended Acting Chairman of Economic and Financial Crimes Commission, Ibrahim Magu, might have been detained to ensure relevant documents were not tampered with in the course of investigations into allegations against him.

Special Adviser on Media and Publicity to the President, Femi Adesina, made the explanation on a Channels TV programme, ‘Politics Today’.

Noting that he was not a lawyer to determine if the panel was justified in detaining Magu for 10 days, Adesina said the detention was part of measures to ensure that relevant documents needed in connection with the investigations were not tampered with.

According to him, before Magu was invited, the panel had sat for weeks over the allegations of corruption and determined that there was a need for the embattled EFCC boss to appear before it.

“It is against this backdrop that President Muhammadu Buhari gave the panel the mandate to invite Mr. Magu to answer to the allegations against him.”

Magu was detained for 10 days before his release on Wednesday.

In the same vein, Magu’s lawyer, Mr. Tosin Ojaomo, also speaking on the same Channels TV programme, stressed that if the Justice Ayo Salami panel eventually finds Magu not culpable, he should be reinstated.

The Inspector-General of Police, Mohammed Adamu, had on Wednesday said the police was not the one that detained Magu.

Adamu said the suspended EFCC acting chairman was detained by the panel that was set in up to investigate allegations against him.