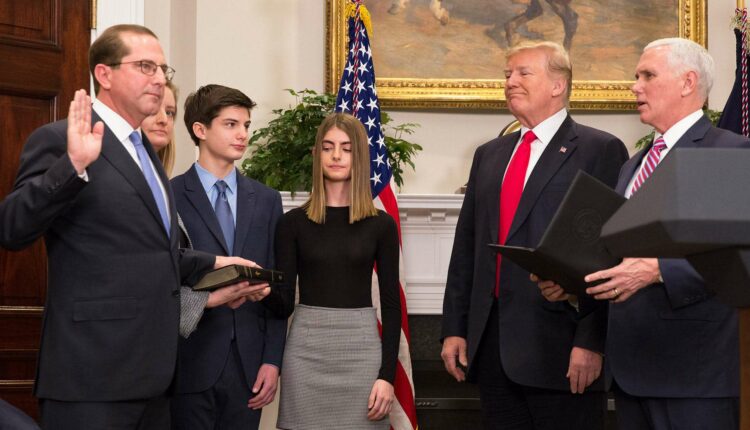 ‎United States on Wednesday expressed scepticism about Russia’s claim of developing the world’s first safe coronavirus vaccine, pointing to the lack of data from its initial trials.

‎Moscow said Tuesday its vaccine offered “sustainable immunity” against the virus, but Western scientists have previously raised concerns about the development speed of Russian treatments, suggesting researchers were cutting corners.

US Health Secretary Alex Azar echoed those concerns Wednesday as he wrapped up a three-day visit to Taiwan.

“It’s important that we provide safe, effective vaccines and that the data be transparent… This is not a race to be first,” he told reporters during a conference call.

“I should note that two of the six US vaccines that we’ve invested in entered the phase three clinical trials weeks ago that the Russian vaccine is now only beginning,” he added.

“The data from the initial trials (of the vaccine) in Russia have not been disclosed, it’s not transparent.”

Russian President Vladimir Putin said the vaccine was safe, and that one of his daughters had received a dose.

The vaccine has been named “Sputnik”, after the world’s first artificial satellite that helped the Soviet Union take the lead in the Cold War space race in 1957.

Governments are under huge pressure to find a vaccine against the coronavirus, which has killed more than 700,000 people worldwide and eviscerated the global economy since it first emerged in central China late last year.

The United States is the worst-hit country, with nearly 5.1 million infections and more than 163,000 deaths.

President Donald Trump is facing a tough fight to get re-elected in November, trailing rival Joe Biden in the polls as anger mounts over his administration’s response to the pandemic.

Azar said he was confident a vaccine would be available for Americans.

Trump has launched “Operation Warp Speed”, which aims to develop, manufacture and distribute a coronavirus vaccine to all Americans by January 2021.

So far, Washington has handed out at least $9.4 billion to seven vaccine developers and signed manufacturing contracts with five of them to provide 700 million doses.

Azar’s Taiwan trip — the highest-level US visit since Washington switched diplomatic recognition to Beijing in 1979 — was billed as an opportunity to learn from the island’s success in containing the virus.

All rights reserved. This post: 'US sceptical of Russia’s coronavirus vaccine claim' and other digital content on this website, may not be reproduced, published, broadcast, rewritten or redistributed in whole or in part without prior express written permission from Anambra City News.

Tonto Dikeh thanks fans for her latest appointment