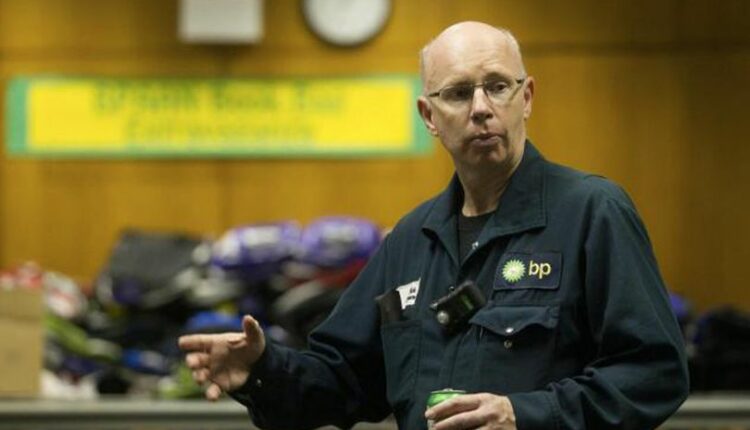 ‎Newly-wed British Petroleum vice president, Nick Spencer, ‎61, hanged himself at his £2million home a week after being made redundant, inquest hears

-Nick Spencer, 61, was found dead at his £2million home in Buckinghamshire
-He spent a decade working for the oil giant BP when he was forced to leave
-The father-of-two became depressed and worried about finances, his wife said
-Sitting at Beaconsfield, a Buckinghamshire coroner recorded verdict of suicide

The vice president of British Petroleum hanged himself at his £2million home a week after he was made redundant, a coroner heard today.

Newly-married Nick Spencer, 61, was found dead at his luxury home where he lived with his wife Eve in Buckinghamshire in April.

His inquest heard he spent a decade working for the oil giant BP when he was forced to leave the firm on March 31 this year.

After he was told of the redundancy the successful father-of-two became depressed and worried about managing his finances, Eve told the coroner.

In a statement she said: ‘Since he was made redundant he had been depressed.

‘He had been looking for a new job and I felt he seemed positive but there was an oil crisis because of Covid-19 and he was worried about remortgaging the house and the finances.

‘In the period leading up to his death, he seemed a bit more down and it was the 12th anniversary of a family bereavement.

‘On the evening before his death, we watched the news and went to bed. We talked about TV and he came to bed at 2am which was unusually late.

‘At 6.40am on April 7 he got up. He was normally an early riser and I went back to sleep. I later went into the study and saw the letters he had written. I opened the one addressed to me and called the police, I was very worried.’

The first police officer to arrive at the home in Beaconsfield, Bucks., discovered Mr Spencer hanged in the house’s garage. Eve identified the body as her husband at 10.30am.

Pathologist Dr Steven Corrigan confirmed the cause of death as hanging.

He went on to work at ConocoPhillips for the next seven years, tasked with establishing the business in the MENA region.

In October 2009, he joined British Petroleum (BP) as a business unit leader working for the next five years at the largest refinery in the US.

Following his huge success, he was selected as Vice President of Global Refining in November 2014 where he led 7,500 employees with a gross margin of $6 billion.

He stayed in this position until he was made redundant in March this year.

In a report to the inquest a psychiatrist confirmed seeing Mr Spencer on January 18 where he referenced his employment coming to an end, stated he had had suicidal thoughts for a while and even had a specific plan in mind.‎

All rights reserved. This post: 'Newly-wed BP vice president committed suicide by hanging at his $2.5 million mansion‎' and other digital content on this website, may not be reproduced, published, broadcast, rewritten or redistributed in whole or in part without prior express written permission from Anambra City News.

Nigeria @ 60: ‎It makes no sense for oil to be cheaper in Nigeria than Saudi Arabia‎… Buhari

Macron urges Europe to stop depending on US arms‎