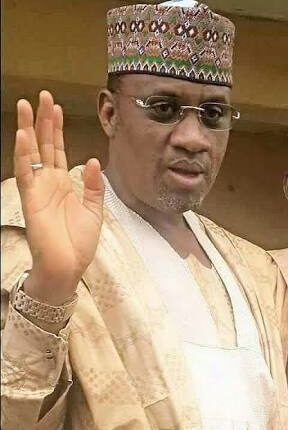 Former Senator Kabiru Marafa has denied allegations that he was responsible for the misfortune of suffered by the All Progressives Congress (APC) in Zamfara State in 2019.‎

Marafa, a two-time senator and governorship aspirant in the APC in 2019, has been accused of deliberately undermining the party during the election.
‎
Legal disputes between various camps in the Zamfara APC over the party’s primary election led to the loss of all elective positions to the Peoples Democratic Party.

‎Noting that he was not to blame for the development, as alleged, Marafa said it was the camp of a former governor of the state, Abdulaziz Yari, that initiated the litigation that cost APC in Zamfara State during the 2019 general elections.

Marafa said Yari was the one that instituted a suit at the Zamfara State High Court.
‎
Marafa said, “He (Yari) asked the court to declare his primary elections legal, compel APC national headquarters to accept the results of his illegal primary elections and forward the results to INEC and to compel INEC to accept the forwarded results and allow the candidates to participate in the general elections.

“The court granted all his prayers.

“We went to Court of Appeal Sokoto and challenged the ruling. The three judges of the Court of Appeal unanimously quashed and threw out the judgement of the lower court.

“Not satisfied, Yari appealed to the Supreme Court, and in its judgement, the apex court did not only agree with the Court of Appeal but went further to declare APC votes wasted and awarded N10 million cost in our favour!
‎
“So, who is the aggressor and spoiler-in-chief? Who caused the problem, I ask you?

“When did self-defence become a crime in this country?”‎

But chairman of the APC in Zamfara State, Alhaji Lawali Liman, insisted that Marafa was responsible for the party’s misfortune.
‎
Liman said, “We won our elections fair and square and he (Marafa) decided to go to court and the court eventually ruled against the party.

“Why then should he say he wasn’t behind the conflict in the party in the state? For reasons best known to him, he made the party to lose all the seats it won after the court upturned our victory.

“After the judgement of the Supreme Court, we were asked to pay certain fees, and based on that the party’s accounts were garnished on his request.

“So for Senator Marafa to say he wasn’t the brain behind the conflict is ridiculous.

“Forget about what happened during the party primaries. We put the matter behind us and forged by going for elections.” ‎

All rights reserved. This post: 'Marafa, party chair trade blames over Zamfara APC electoral losses in 2019' and other digital content on this website, may not be reproduced, published, broadcast, rewritten or redistributed in whole or in part without prior express written permission from Anambra City News.