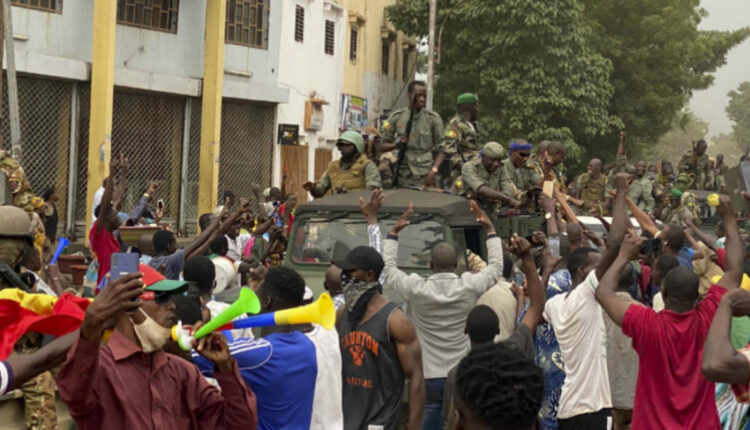 The head of Mali’s new junta on Thursday visited the man he ousted, Ibrahim Boubacar Keita, at a hospital where the former president is being treated for a ‘a stroke-like attack’, family and medical sources said.

“A delegation from the ruling military, led by Colonel Assimi Goita, visited (the) former president in the clinic,” a doctor told AFP, speaking on condition of anonymity.
Relatives of Keita confirmed the visit. Keita, 75, was admitted to a private health facility in the capital Bamako on Tuesday after suffering a so-called transient ischaemic attack, a doctor said on Wednesday.

This occurs when the blood supply to the brain is disrupted for a few minutes, causing stroke-like symptoms such as numbness on one side of the body, vision difficulties or confusion in understanding speech.

These events typically last only a few minutes, but are viewed seriously by doctors as they can be a precursor for a full-fledged stroke. Another doctor said on Thursday that Keita “is doing well.”
“He spent a second night here, more for the peacefulness of the surroundings than anything else,” the source said. The president was forced out on August 18 by young military officers who mutinied at a base near Bamako before heading into the city, where they seized Keita and other leaders.

Pressured by the West African bloc ECOWAS, the junta released Keita on August 27 and returned him to his residence in Bamako, where according to his entourage he is under surveillance, with limited access to a phone and the internet.

The junta has said that Keita is authorised to leave the country for medical care if need be. Keita was ousted after two years of his second five-year term.

In the weeks before the coup, he had been struggling with protests fuelled by his handling of a jihadist insurgency and failure to turn around Mali’s floundering economy. (AFP)