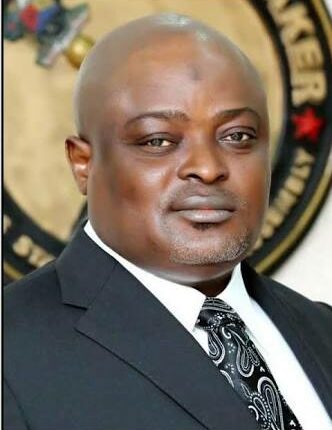 Speaker of the Lagos State House of Assembly, Mudashiru Obasa, was on Thursday reportedly invited by the Economic and Financial Crimes Commission for questioning over allegations of financial misappropriation.

Obasa arrived at EFCC’s office at about 10:00 am.‎

The Speaker allegedly operated over 64 bank accounts using different names, through which he was alleged to have misappropriated public funds.

To conceal his identity, he was alleged to have changed his name and date of birth in some of the accounts.

Aside from using Ajayi Mudashiru Obasa, he also used Obasa Abdulrahman Gbadunola and Gabriel Adedoyin Savage to register some of the bank accounts.

Obasa was also alleged to have awarded contracts to himself using different companies owned by him.

He allegedly got the Assembly to approve N258m for the printing of invitation cards for the inauguration of lawmakers two months after the event held.‎