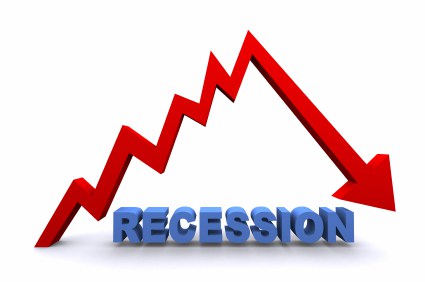 Australia has officially fallen into its first recession in 29 years with the biggest fall in Gross Domestic Product (GDP) on record.

According to national accounts data published by the Australian Bureau of Statistics (ABS) on Wednesday GDP contracted by 7 per cent in the June quarter – more than three times more than the previous biggest fall of 2 per cent in 1974.

“This is, by a wide margin, the largest fall in quarterly GDP since records began in 1959,” said Michael Smedes, Head of National Accounts at the ABS. It marks the second consecutive quarter of economic decline, meaning that Australia is in a recession for the first time since 1991.

“Today’s national accounts confirm the devastating impact on the Australian economy from COVID-19.

“Our record run of 28 consecutive years of economic growth has now officially come to an end. “Behind these numbers are heartbreaking stories of hardship, being filled by everyday Australians as they go about their daily lives,”

Treasurer Josh Frydenberg said on Wednesday. The ABS found that due to increased number of recipients and additional support payments, social assistance benefits in cash rose to a record 41.6 per cent. Meanwhile, Australians’ spending on services fell 17.6 per cent in the June quarter while hours worked fell a record 9.8 per cent and the household saving to income ratio rose from 6 percent to 19.8 per cent.

Household expenditure declined by 12.1 per cent.

However, Frydenberg said that the government has the “financial firepower” to stimulate the economy in the wake of the pandemic.

“Instead we chose our own path, and put in place 314 billion Australian dollars (230.7 billion dollars) of support for Australians to build a bridge to the other side of this crisis,” he said.

In spite of offering long-term optimism Frydenberg also warned of a grim short-term outlook, with the September quarter expected to be weighed down significantly by strict stage four coronavirus restrictions introduced in Victoria in August.

Earlier on Wednesday Mathias Cormann, the Minister for Finance, said that the government stood by restrictions placed on the economy to prevent the spread of COVID-19.

“We were hit by an unexpected crisis which came out of nowhere and clearly the first priority was to protect people’s health and save people’s lives by suppressing the spread of the virus and that was absolutely necessary,” he said. (Xinhua/NAN)

All rights reserved. This post: 'Just in: Recession hits Australia for first time in almost 30 years' and other digital content on this website, may not be reproduced, published, broadcast, rewritten or redistributed in whole or in part without prior express written permission from Anambra City News.