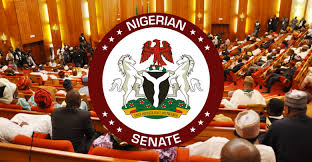 Even with President Muhammadu Buhari’s insistence that he has the prerogative to hire or fire the Service Chiefs, the Nigerian Senate says it is not giving up on the demand for the removal of the security chiefs as a result of the worsen security challenge facing the country.

The upper chamber of the National Assembly says it will persuade the president to give a thought to its demand.

The lawmakers had passed a resolution calling on the service chiefs to throw in the towel over their abysmal performance in containing the insurgency in the north-east.

But in a swift response, Femi Adesina, special adviser to the president on media and publicity, said it is only President Muhammadu who can take a decision on service chiefs.

But, in an interview with PUNCH, Ajibola Basiru, senate spokesman, said although the resolution is advisory, it represents the views of Nigerians who elected them into office.

“We, however, still want to persuade the President to consider our resolution. The Presidency has said it is aware of our resolution and has pledged to look into it,” Basiru said.

“The presidency said it is not legally bound to carry out [our] resolution because it is the prerogative of the President to remove service chiefs.

“Our resolutions are just persuasive authority coming from elective representatives of Nigerians in the national assembly.

“It is not a law. It is advisory and persuasive. The response of the presidency is the correct position of law and I agree.

“Due to the principle of separation of power, we cannot compel the president to sack the service chiefs.

“We only responded to the feelings of Nigerians by asking the president to reorganise them [service chiefs] but he is not legally bound to do so.”

All rights reserved. This post: 'Insecurity: Senate insists on removal of Service Chiefs' and other digital content on this website, may not be reproduced, published, broadcast, rewritten or redistributed in whole or in part without prior express written permission from Anambra City News.