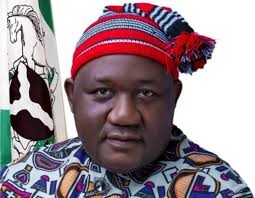 *** no consensus candidate has emerged yet says party chair

Ahead of the October 31, bye-election for the Imo North senatorial seat, at least 12 chieftains of the All Progressives Congress (APC) are now battling it out for the lone party ticket even as the party on Wednesday denied the emergence of a consensus candidate for the seat.

Among those jostling for the party ticket include the late Uwajumogu’s sister, Chidinma, former governorship candidate of the All Progressives Grand Alliance in Imo State and two-time senator, Ifeanyi Ararume and former Speaker of the State House of Assembly, Acho Ihim.

Meanwhile, the chairman of the party in the state, Prince Marcellius Nlemigbo had dismissed as false, reports that the nine-member Panel on a consensus candidate for the Senatorial primary has picked one of the aspirants, Sir Frank Ibezim as the consensus candidate.

“The party has not picked any person as a consensus candidate but we are thinking towards that direction.

“As at now what is uppermost in our minds is people should buy the form first. If you are talking of a consensus candidate and you are not an aspirant, you are not qualified. When all the aspirants emerge we will look at the possibility of knowing which one is best.

“So, I am yet to get the result of the panel’s report. More so no report has come to the Governor,” he stated.

All rights reserved. This post: 'Imo North Bye-Election: Late Uwajumogu’s sister, Ararume, 10 other jostle for APC Ticket' and other digital content on this website, may not be reproduced, published, broadcast, rewritten or redistributed in whole or in part without prior express written permission from Anambra City News.