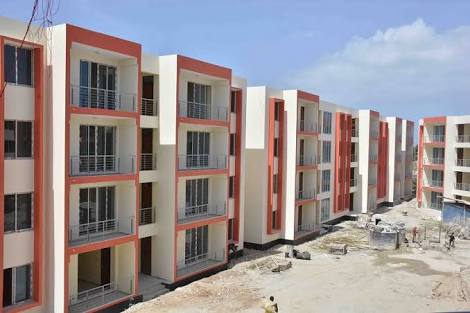 Determined to address the problem of housing in Ebonyi State, a Non-Governmental Organisation (NGO), Ebele and AnyiChuks Foundation, has commenced the construction of 70 housing units for indigents, widows, people living with disabilities and others across Ebonyi communities.

The State Coordinator of the foundation, Mr. Christian Onu who spoke to newsmen after inspecting some of the ongoing projects on Monday at Isu, Onitcha Local Government Area, said the initiative was aimed at providing shelter for those in need.

He said that the projects were being financed by Chief Ifeanyi Odii, Co-Chairman of the Ebele and Anyichuks Foundation.

According to him, the buildings include, six Churches, several two-bedrooms, three-bedrooms and five-bedroom bungalows built across communities in Onitcha and Ezza South LGAs.

Onu said that the Foundation was motivated to embark on building for the poor and needy because of the importance of shelter to human beings.

He said that the various housing projects located in different communities in the two LGAs had reached 95 per cent completion and would be inaugurated later in the year.

“Having known that shelter is one of the basic necessities of man, Chief Ifeanyichukwuma Odii, deemed it fit to put roof over the heads of so many people who are earnestly in need of this shelter.

“The 70 housing projects comprising six churches and different types of bungalows are being built for indigents, widows, those living with disabilities and other classes of people who have need for shelter.

“We will continue the tour by October because we will be taking a tour to all the project sites every month until we see that all of them are ready for inauguration on Dec 31, 2020,” he said.

One of the beneficiaries, Mr Orji Nwachukwu, a phsically challenged person and beneficiary of a two-bedroom apartment from Isu Achara community, expressed gratitude to the foundation.

He prayed for God’s continued guidance and protection for Chief Odii and his foundation urging him not to relent in helping the poor and needy in the society.

“I’m very delighted to be among the beneficiaries of this housing initiative of our illustrious son.

“He has not only provided me with a befitting shelter, he also sponsored and paid my medical bills that has helped me to walk on my two legs again.

“Youths, men, women, elders and widows from within and outside the LGA have benefitted from the ‘selfless giving’ of Odii and he has been carrying everybody along,” he said.

Another beneficiary and a widow, Mrs Cordelia Anoke, thanked God for using the foundation to bless her with a two-bedroom apartment.

“My husband died leaving me to cater for our seven children without any roof over our heads.

“Today, our story has changed, because God has used Ebele and Anyichuks Foundation to put roof over us,” she said.

Mr Jude Njoku, a vision impaired man from Isu Achara and beneficiary of a two-bedroom bungalow, said his joy has known no bounds because of the gift saying that he was living in a dilapidated mud house before the foundation came to his rescue.

Also, Mr Sunday Nweke, another beneficiary from Ameka community in Ezza South LGA, commended the NGO for constructing a two-bedroom bungalow for him and his family.

“The foundation apart from contructing a befitting house for me gave me N1 million to restart my business which was destroyed by fire earlier this year.

“My 10-year-old son who is living with disability and hawks sachet water because he dropped out of school due to lack of fund received N5 million education endowment fund from the foundation to further his education up to university level.

“I am grateful to God and to the vision-bearer of the organisation. I pray God to keep and protect him and his family from all evil,” Nweke said.

They called on other NGOs and wealthy individuals to always assist the poor and needy in their midst.

All rights reserved. This post: 'Foundation constructs 70 housing units for Ebonyi indigents' and other digital content on this website, may not be reproduced, published, broadcast, rewritten or redistributed in whole or in part without prior express written permission from Anambra City News.