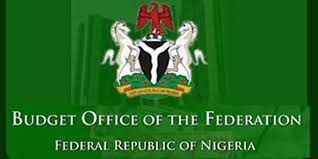 The federal government says new projects will not be admitted into the capital budget for 2021, warning Ministries, Departments and Agencies (MDAs) to be so guided in their projections.

This came as the Budget Office of the Federation announced that government will service the nation’s debt with ₦3.124 trillion in 2021.

The office in a Budget Call Circular says the nation’s debt servicing obligations in 2021 will be made up of ₦2.183 trillion for Domestic Debt, and ₦940.89 billion for Foreign Debt.

The thrust of the Federal Government’s capital expenditure programme in 2021 the circular said “will be completion of as many ongoing projects as possible, rather than starting new projects”.

The Budget Office said only projects that adequate provision has been made for their completion would be considered in next year’s capital budget.

The federal government in the circular also assured that it intends to sustain the Special Intervention Programme (SIP), in furtherance of its inclusiveness agenda Accordingly, a total of ₦420 billion is proposed to be allocated to the SIP”.

With regards to personnel management the Budget Office of the Federation (BOF) stated that all MDAs must ensure compliance with Service-wide Circular Ref. No 58775//T/358 on ‘Streamlining Procedures for Recruitment into Federal Agencies’ issued by the Secretary to Government of the Federation (SGF) in respect of the procedure for recruitment into the public service”.