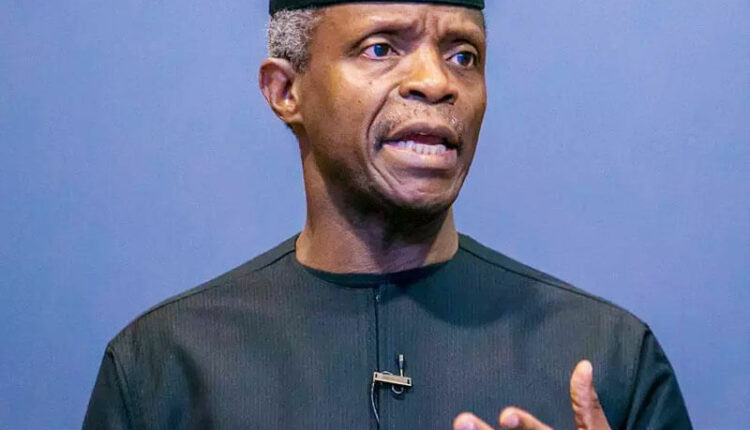 The Federal Government has commenced the payment of N30,000 one-time grant to 330,000 artisans across the country.
In a statement by the Media Aide to the Vice president, Laolu Akande,on Tuesday, the payment is being made for the implementation of the Economic Sustainability Plan (ESP) progresses.
It said free Corporate Affairs Commission (CAC) Business Names’ Registration for 250,000 MSMEs has also commenced.
According to the statement, the first stream of payments starting Tuesday, beneficiaries are drawn from the FCT, Lagos, Ondo, Kaduna, Borno, Kano, Bauchi, Anambra, Abia, Rivers, Plateau and Delta States.
They form the first batch of applications for the scheme submitted between October 1 and October 10, it stated.
The statement explained that the MSMEs Survival Fund scheme is a component of the Nigerian Economic Sustainability Plan (NESP), which was developed by an Economic Sustainability Committee established by President Muhammadu Buhari in March 2020.
It recalled that President Buhari directed Vice President Yemi Osinbajo, SAN, to head the committee which produced and is overseeing the implementation of the plan.
It further pointed out that under the ESP, the Survival Fund is generally designed to among other things, support vulnerable MSMEs in meeting their different obligations and safeguard jobs in the sector.
Applications for the Artisans’ Support Scheme under the MSMEs Survival Fund opened on October 1.
The statement also informed that the enumeration for the second stream of States under the Artisan Support Scheme has also commenced with enumerators in various States compiling the lists of artisans through their association leaders.
According to the statement, all artisans are expected to liaise with their association leaders to document their details.
The registration of applicants for Stream 2 began on the 19th October 2020 with States including Edo, Ogun, Ekiti, Katsina, Kebbi, Kogi, Kwara, Enugu, Ebonyi, Adamawa, Taraba, Bayelsa.
The statement further said the enumeration and verification of the documents of applicants under the Survival Fund Payroll Support scheme are still ongoing while dates for the commencement of payment would be announced in due course.
It added: “The application process for the payroll support scheme, which began on September 21, had ended on the 15th of October 2020. Accepted applications are categorized by industry sectors, including Education and Hospitality, among other sectors.
However, there may be an extension for applications for some States that have not met their quota on beneficiaries. The Artisan Support Scheme is to benefit about 9,000 Nigerians per State and FCT.
“In addition, the formalisation support under the MSME Survival Fund will also commence today. This involves free business names’ registration for 250,000 MSMEs nationwide by the Corporate Affairs Commission (CAC).
“According to the CAC, 6,606 business names in each of the 34 states will be registered for free. In Abuja, there would be 7,906 free registrations, 9,084 in Lagos and 8,406 free business names from Kano.
“Also, a date for the commencement of the Guaranteed Offtake Scheme under the Survival Fund will be announced soon. This scheme is designed to safeguard existing small businesses and save jobs while ensuring continued local production by guaranteeing off-take of priority products
“The Offtake Scheme is a track specifically for MSMEs that are into production of items approved by the Steering Committee of the Survival Fund coordinated under the leadership of the Minister of State,Industry, Trade and Investment, Ambassador Mariam Katagum. The basic requirements include CAC certificate, valid BVN, SON or NAFDAC certification.
The N2.3 Trillion Economic Sustainability Plan consists of fiscal, monetary and sectoral measures to enhance local production, support businesses, retain, create jobs and provide succour to Nigerians, especially the most vulnerable.

READ ALSO  #EndSARS: FG, States to interface with youths on employment, others

All rights reserved. This post: 'FG begins payment of N30,000 grant to artisans' and other digital content on this website, may not be reproduced, published, broadcast, rewritten or redistributed in whole or in part without prior express written permission from Anambra City News.