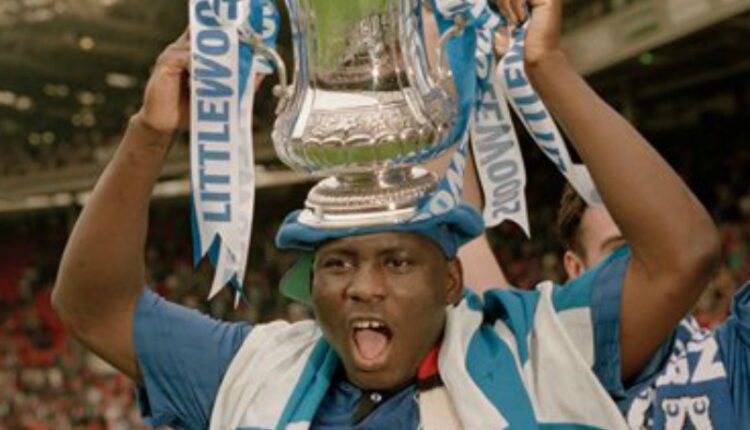 Former Super Eagles striker, Daniel Amokachi has been appointed as a Special Assistant on Sports to President Muhammadu Buhari.

The former Everton of England player was earlier in the year named Nigeria’s Football Ambassador.

Amokachi, began his career in Kaduna with Ranchers Bees Football club of Kaduna, played for Club Brugge of Belgium, Besiktas of Turkey, Everton of England and Colorado Rapids.

He won Gold in the Football event of the Atlanta 1996 Olympics.

He had coached the U-23 National Team, served as Assistant Coach of the Super Eagles and coached Nasarrawa United.

His appointment as the presidential assistant was announced in a press statement by the Media Office of the Minister of Youth and Sports Development on Thursday.

The statement was titled, ‘PMB appoints Amokachi Special Assistant, Sports’, and signed by John Akanji, Special Adviser on media to the Minister of Youth and Sports Development, Sunday Dare.

The statement noted that Amokachi’s letter of appointment was issued on August 17, 2020, and signed by the Secretary to the Government of the Federation, Boss Mustapha.

According to the appointment letter “I am pleased to inform you that Mohammadu Buhari, President of the Federal Republic of Nigeria has approved your appointment as Special Assistant on Sports. The appointment takes effect from the 11th of August, 2020.”

Mobile court convicts 20 for not wearing nose masks in Abia