#EndSARS: Enemies of Nigeria want to change government outside the ballot – Northern Govs 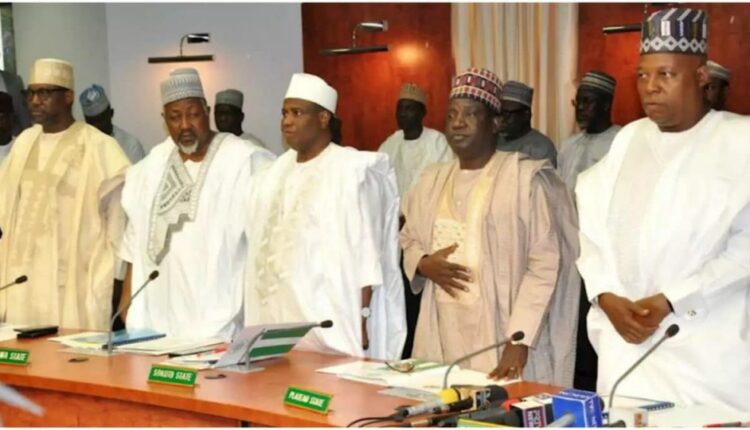 The Northern Governors Forum (NGF) on Thursday lamented that wanton loss of lives and properties in the ongoing #EndSARS protests, alleging that “enemies of Nigeria” wanted to hide behind the protest to effect regime change without going through the ballot.

But for such motives, the governors who met in Kaduna said there were no justifiable reasons why the protests should continue even after the government had acceded to all the five-point demand by the protesters.

In a communiqué read to newsmen at the end of the meeting by the Chairman of the Forum and Plateau Governor, Simon Lalong, the governors of the 19 Northern states asked Nigerians to rise in unison to defend the administration of President Muhammadu Buhari.

They said no effort should be spared in resisting those ‘enemies of Nigeria’ and by so doing stop them from truncating the nation’s nascent democracy.

The further called for a Judicial Commission of enquiry to investigate all levels of destruction and killings during the #ENDSARS protests.

“The meeting discussed the various dimensions of #ENDSARS protest across the country. While appreciating the constitutional rights of all citizens to express concern even by way of protest, it however condemned the incessant destruction of lives and properties that ensued in the process.

“The Forum regrets the diabolical influencers in form of hooliganism, ethno-religious bigots and even political marauders who are bent on pulling the nation down its knees and pushing for regime change.

“The Forum called on all Nigerians to resist these enemies of the nation by supporting Mr. President, the Federal Government and democracy at large.

“Forum notes that all these are antics of the enemies of the country who are violently pushing for regime change outside the ballot box.

“Forum notes that all these are antics of the enemies of the country who are violently pushing for regime change outside the ballot box.

“Forum resolved to further intensify strategic engagements among different levels of stakeholders in their respective states.

“The Forum advocates for the Constitution of Judicial Commission of enquiry to investigate all levels of destruction and killings during the #ENDSARS protest.

“Calls for greater synergy between the state and the federal government in strengthening the unity, oneness and overall development of the country.

“Federal Government to explore the possibility of ending ASUU strike. Most of the youths are idle staying at home.

All rights reserved. This post: '#EndSARS: Enemies of Nigeria want to change government outside the ballot – Northern Govs' and other digital content on this website, may not be reproduced, published, broadcast, rewritten or redistributed in whole or in part without prior express written permission from Anambra City News.