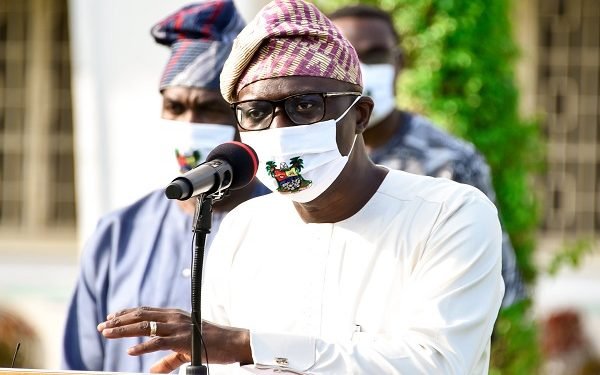 Governor Babajide Sanwo-Olu of Lagos State on Thursday accused the social media of blowing last Tuesday’s shooting of #ENDSARS protesters at the Lekki toll gate out of proportion.

He also maintained his earlier position that he never ordered the shooting of the protesters by suspected security operatives.

The governor who spoke in an interview on Arise TV, said the State was already investigating whether the deceased was a protester.

He therefore asked members of the public with credible information on anyone or group of persons killed in the incident to come forward with the claim.

While claiming that the social media had been awash with “false information” about the Lekki incident, the governor said it would be unthinkable for anybody to imagine that he ordered that peaceful protesters be shot.

The Governor also spoke on the alleged removal of Close-Circuit Television (CCTV) security cameras at the Toll Plaza before the shooting started, debunking claims he ordered the action.

Sanwo-Olu said the cameras that were removed were not security cameras but laser cameras meant to capture vehicles’ electronic tags and number plates. He said the removal of the laser cameras was a decision taken by Lekki Concession Company (LCC) that owns the facility.

He said: “When I spoke to the Managing Director of LCC over the matter, he told me the company took the decision to remove installations critical to their service when the curfew was announced.

“Those cameras that were displayed in the viral pictures were not security or motion cameras. They are laser cameras for vehicles, specifically designed to pick electronic tags and number plates on cars.

Sanwo-Olu said multi-agency investigation into Lekki incident may begin next Monday when order would have been fully restored across the State, pointing out the recordings of the CCTV security cameras at the Toll Plaza would be useful in unraveling the circumstance that surrounded the incident.

Clarifying his statement that forces beyond him were behind the deployment of troops to Lekki axis, the Governor said: “The hierarchy and chains of command in the military are not within my purview.

“This is not something I have responsibility for. I do not have such power to control or activate the military. That essentially is what I was trying to say in that particular phrase.”

All rights reserved. This post: 'Social media blew Lekki shooting out of proportion – Sanwo-Olu' and other digital content on this website, may not be reproduced, published, broadcast, rewritten or redistributed in whole or in part without prior express written permission from Anambra City News.

#EndSARS: Enemies of Nigeria want to change government outside the ballot – Northern Govs