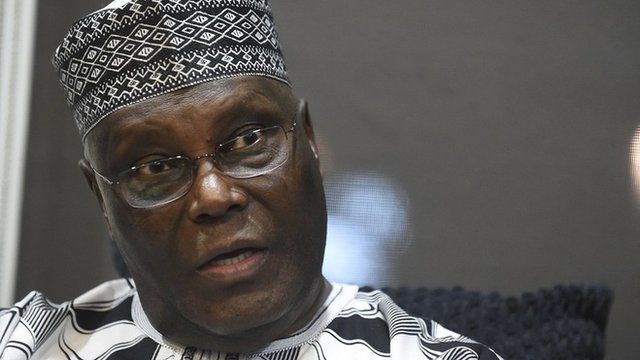 Former Vice President, Atiku Abubakar says the drama playing out in Edo State culminating in the emergence of parallel leaderships for the State House of Assembly is a major threat to constitutional order.

The PDP chieftain opined that the situation if not quickly checked could portend grave danger, not only to law and order in that state but to the coming gubernatorial elections.

The crisis rocking the state resulting in the defection of Governor Godwin Obaseki from the APC to the PDP and the sacking of Comrade Adams Oshiomhole as National chairman of the governing APC reached a crescendo on Thursday following early morning invasion of the State House of Assembly.

The situation further degenerated when a group of 17 lawmakers including the 14 members-elect who were not sworn in at the inception of the present session of the House of Assembly gathered in an undisclosed location in the state capital and elected, Victor Edoror as a new speaker after impeaching Mr. Frank Okiye.

But, reacting to the situation via his Facebook handle, Atiku, a former Presidential candidate of the PDP in the last election, said appealed to the warring parties to sheathe their swords and let the people of the state decide who they want to govern them.

“What is happening in Edo State is a threat to constitutional order nationwide, and I strongly urge belligerent forces to reign in their proxies and abide by the rule of law. As I have previously said, without the rule of law, there will be no rule at all.

“The current goings-on portend grave danger, not only to law and order in that state but to the coming Edo elections.

“The people of Edo State should be allowed to choose who they wish to govern them, and that choice is to be made on September 19, 2020. Pending then, everything legally possible must be done to preserve the status quo.”

Meanwhile, the purportedly impeached speaker, Okiye has dismissed his removal by the 17 lawmakers as “a figment of their imagination”.

He said the issue was not worth discussing.

All rights reserved. This post: 'Edo Assembly crisis threat to constitutional order says Atiku Abubakar' and other digital content on this website, may not be reproduced, published, broadcast, rewritten or redistributed in whole or in part without prior express written permission from Anambra City News.