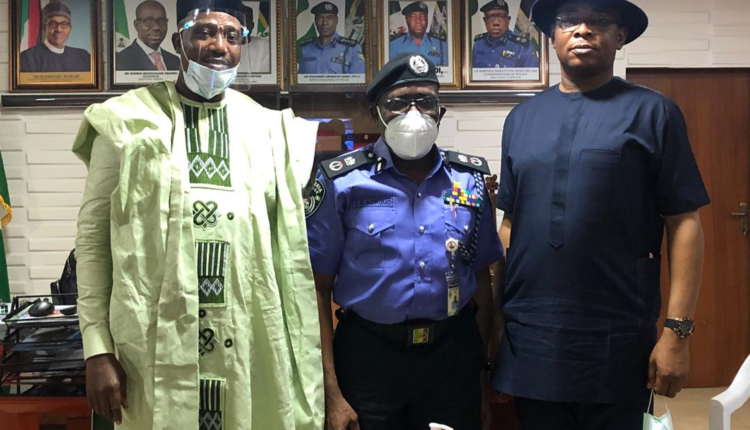 The Edo State Commissioner of Police, Johnson Kokumo, has refuted claims that he endorsed members of the All Progressives Congress (APC), who visited him in his office on Thursday, warning that anyone caught using his office to heat up the polity will face dire consequences.

The Commissioner gave the clarification after the State Security Council meeting, Governor Godwin Obaseki held with heads of security agencies, at the Government House, Benin City, on Friday.

The commissioner, who explained that he and his office remain apolitical and open to all, noted: “It is my statutory responsibility to provide security for lives and property irrespective of political affiliation.”

On his part, Governor Obaseki expressed concern over the rising security challenges ahead of the September 19, 2020 gubernatorial election in the state.

According to him, “We condemned the high level of thuggery, violence and increasing influx of arms into the state.

“The Commissioner of Police briefed the council on yesterday’s situation at the Edo State House of Assembly that led to some illegal and treasonable acts conducted by some individuals.”

“The security personnel have assured us of their readiness to secure and tackle any security challenges faced by the state,” the governor added.

Obaseki continued: “They are up to the tasks; they have the men and materials to take charge. They assured us and the good people of Edo of adequate security to ensure the protection of lives and property.”

The governor said that the state security chiefs promised to protect everyone in the state irrespective of their political affiliation.

Kokumo said that at the meeting, the security heads were able to review the activities of security in the last few weeks, adding: “We talked about political violence and thuggery and means of putting checks in place.

“The security agencies will leave no stone unturned; we have created a conducive atmosphere for the forthcoming gubernatorial election.”

“We want to assure Edo people that the pre-election period would be safe and conducive for campaigns, during and after the election, to ensure there is no breach of law and order,” he added.

All rights reserved. This post: 'Edo Assembly Crisis: I didn’t endorse anybody – Edo CP, Kokumo' and other digital content on this website, may not be reproduced, published, broadcast, rewritten or redistributed in whole or in part without prior express written permission from Anambra City News.