ECOWAS leaders insist on return to civilian rule in Mali 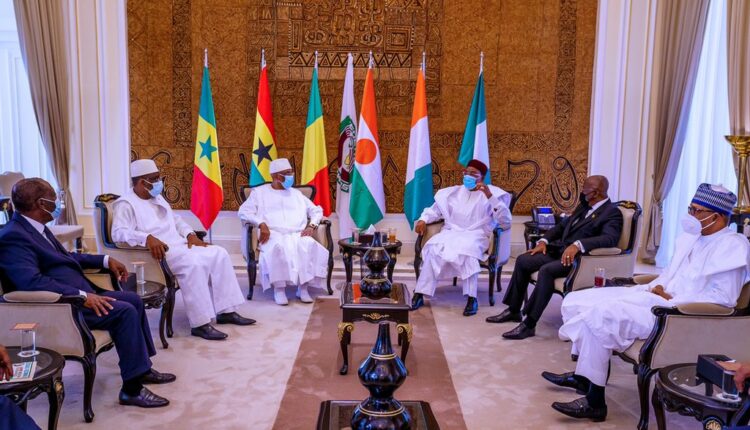 Leaders of the 15-member Economic Community of West African State, (ECOWAS) on Friday insisted on a return to civilian rule in Mali, where rebel troops ousted president Ibrahim Boubacar Keita on August 18 and held him for nine days.

“If we consider that the question of (Keita’s) release is resolved, it is not the same concerning the return to constitutional order, which pre-supposes that all troops return to their barracks,” President Mahamadou Issoufou Keita of Niger, who currently chairs the regional bloc ECOWAS, told a video summit.

The 15-nation Economic Community of West African States slapped sanctions on Mali after the coup, including the closure of borders and ban on trade and financial flows.

It had demanded the release of Keita and other detained leaders and insisted on a swift return to civilian rule.

The conference Friday has to weigh the future of the sanctions in the light of events since the putsch.

These include a three-day ECOWAS mission that foundered over a timetable for civilian transition, and the announcement by the junta on the eve of the summit that Keita had been freed.

Issoufou said Keita had told the ECOWAS envoys “that he resigned quite freely, convinced that this decision was necessary for peace and stability in Mali.”

“The junta accepted letting president Keita return to his home with the security appropriate to his rank as a former head of state, as well as the possibility of having the doctor of his choice and of travelling abroad for medical checkups,” he said.

Within hours of taking control, the junta promised to enact a political transition and stage elections within a “reasonable time” but in their public statements have not spelt out any details.

This was rejected by the ECOWAS team, which called for an interim government, “headed by a civilian or retired military officer, to last for six or nine months, and maximum of 12 calendar months,” Jonathan was quoted as saying in a statement issued by the Nigerian president on Wednesday. [AFP]

All rights reserved. This post: 'ECOWAS leaders insist on return to civilian rule in Mali' and other digital content on this website, may not be reproduced, published, broadcast, rewritten or redistributed in whole or in part without prior express written permission from Anambra City News.