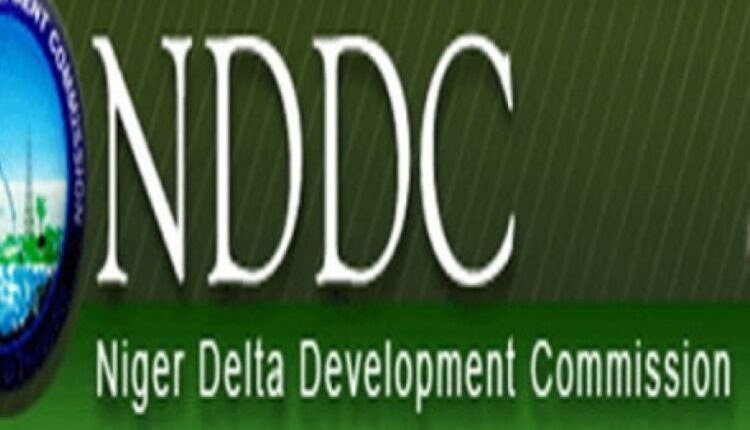 The Minister of Niger Delta Affairs, Godswill Akpabio, has linked some members of the National Assembly to some contracts awarded by the Niger Delta Development Commission, The PUNCH has reports.

Akpabio, however, did not state if the lawmakers were directly awarded the contracts or they nominated the projects under their Zonal Intervention Projects, also known as constituency projects.
The former Chairman, House of Representatives Committee on the NDDC, Mr Nicholas Mutu, who represents the Bomadi/Patani Federal Constituency of Delta State, is among those linked by the minister with contracts.

Other lawmakers that Akpabio listed projects against are Senator Matthew Urhoghide (Edo-South), six; James Manager (Delta-South), six; Samuel Anyanwu (Imo-West, 8th Senate), 19; and others simply identified as Ondo and Edo Reps.
The minister, however, did not provide the cost of the projects listed against the lawmakers’ names, while the cost of contracts given to non-lawmakers had costs of various projects attached to them.
It was also observed that contracts listed against the names of the lawmakers were not up to 60 per cent of the 266 on the list provided by Akpabio.

It was further observed that the minister copied to the Attorney General of the Federation and Minister of Justice, Abubakar Malami (SAN).
The House had on Thursday resolved to sue Akpabio for alleged perjury and defamation of the parliament.
Akpabio had on Monday, while appearing before the House Committee on the NDDC during an investigative hearing on the alleged illegal spending and mismanagement of funds, alleged that members of the National Assembly were awarded 60 per cent of contracts by the commission.