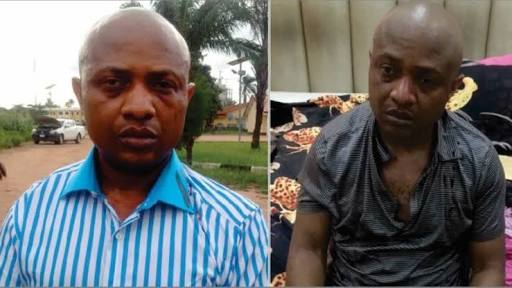 The absence of the defence counsel of alleged kidnap kingpin, Chuckwudimeme Onwuamadike, alias Evans and a prosecution witness on Thursday stalled two ongoing trials in an Ikeja Special Offences Court.

The two trials are for the alleged kidnap of a businessman, Mr Sylvanus Ahamonu and the attempted kidnap of Chief Vincent Obianodo, the Chairman of the Young Shall Grow Motors.

During proceedings for the Ahamonu case, the prosecuting counsel, Mr Yusuf Sule informed the court that the next prosecution witness scheduled to testify was absent in court.

“This matter is slated for continuation of trial. My lord, our witness is not in court, I will be praying the court to issue a Witness Summons in respect of the witness,”Sule said.

Mr Emeka Anyanwu, who was representing Evans’ lead defence counsel, Mr Victor Okpara, also informed the court that Okpara was unavoidably absent as he had an urgent matter to attend to in Abuja.

Following the submissions of counsel, Justice Oluwatoyin Taiwo, issued a Witness Summons for the unnamed prosecution witness and adjourned the case until Oct. 14 for continuation of trial.

The scheduled Obianodo case which was slated for continuation of the trial-within-trial was also adjourned until Sept. 24 due to the absence of Evans’ defence counsel.

In the Ahamonu case, Evans is being tried alongside Victor Aduba, a dismissed member of the Nigerian Army.

They are charged with four counts bordering kidnapping and unlawful possession of firearms.

Evans and the dismissed soldier are accused of kidnapping of Mr Sylvanus Ahamonu on June 28, 2014, at Saka St., Amuwo-Odofin, Lagos.

They allegedly held him hostage for at least nine weeks and collected a ransom of 420,000 dollars from his family.

In the Obianodo case, Evans is standing trial alongside Joseph Emeka, Chiemeka Arinze and Udeme Upong.

See also  Man to die by hanging for blasphemy

According to the prosecution, Evans and his three co-defendants committed the offences on Aug. 27, 2013 at Third Ave., Festac, Town Lagos.

Evans and his accomplices are alleged to have killed Mr Chijioke Ngozi and attempted to kill and kidnap Obianodo, the boss of Young Shall Grow Motors.

The prosecution also alleged that in 2008, Upong sold and transferred two AK47 rifles and 70 rounds of live ammunition to Evans.