37 SARS personnel to be dismissed from service‎ 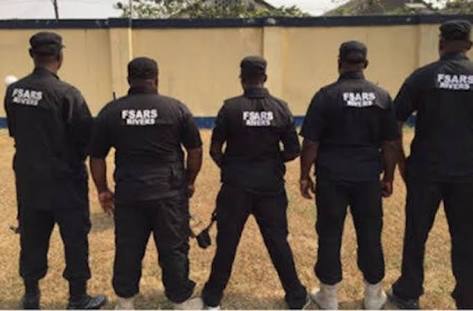 About 37 former members of the disbanded Special Anti-Robbery Squad have been pencilled down for dismissal from service by the Police Service Commission.

The Commission is also expected to order the prosecution of 24 other ex-SARS operatives for various acts of professional misconduct.

This was disclosed in the Report of the Presidential Panel on Reform of the Special Anti-Robbery Squad set up by the Federal Government in 2018.‎

The panel investigated allegations of human rights violations and abuse of office against SARS and recommended reform or restructuring of the outfit.

The Executive Secretary of the National Human Rights Commission, Tony Ojukwu,‎ presented the report to the PSC Chairman, Musiliu Smith, in Abuja on Friday.

Ojukwu called for a speedy implementation of the panel’s recommendations.

A statement by PSC spokesman, Ikechukwu Ani, said the NHRC expressed confidence in the Police Service Commission’s commitment to the reform of SARS.

‎“We have come to see a PSC determined to play a leading role in the reform of the Nigeria Police Force,” Ojukwu was quoted to have said.‎

Ojukwu said the reform was the most topical issue in the country today, adding that a lot was expected from the PSC.

He noted that the panel called for and received 113 complaints on alleged human rights violations from across the country and 22 memoranda on suggestions on how to reform and restructure SARS and the Nigeria Police Force in general.

The statement said, “Ojukwu said at the end of the public hearing, the panel recommended 37 police officers for dismissal and 24 were recommended for prosecution.

“The panel also directed the Inspector -General of Police to unravel the identity of 22 officers involved in the violation of the human rights of innocent citizens.”

Receiving a copy of the report, Smith said the PSC would collaborate and support the NHRC in the promotion of good governance.

He, however, said that for effective reform of “the much-maligned SARS,” there must be a deliberate effort to select capable, professional and credible people to replace the disbanded outfit.

The selected officers, he added, must be properly trained and exposed to regular training.

Smith stated, “There must also be close supervision of the newly selected officers so that the nation will not experience the rot that became the fate of the disbanded unit.”

Any misconduct, he noted, should be severely and promptly handled.

The former IG said the government should show more concern on the funding of its vital agencies as they needed robust funding to do their job.

All rights reserved. This post: '37 SARS personnel to be dismissed from service‎' and other digital content on this website, may not be reproduced, published, broadcast, rewritten or redistributed in whole or in part without prior express written permission from Anambra City News.