Wolves knocked out of Europa League by late Sevilla goal 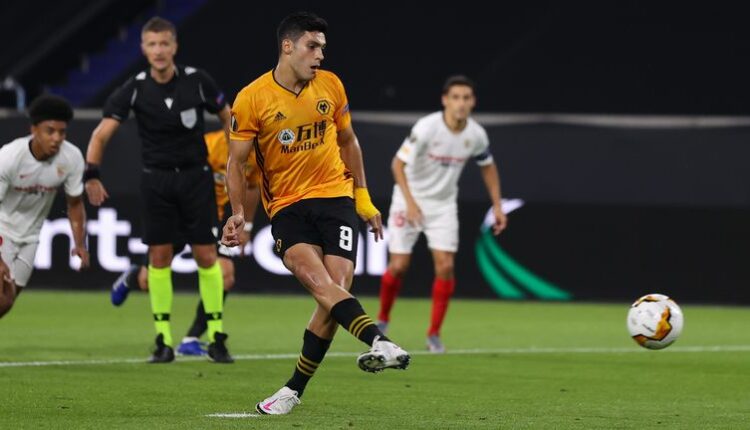 After a spirited battle, Wolves capitulated in the final minutes of a crunch encounter, ending their Europa League dream as Sevilla booked a semi-final against Manchester United on Sunday with a late winner in Duisburg.

Nuno Espirito Santo’s side – whose pandemic-disrupted 2019-20 season lasted 383 days – had a glorious 13th-minute chance to take the lead but Raul Jimenez’s penalty was saved.

They struggled to create chances after that and failed to hold on for extra time as Lucas Ocampos’ header from Ever Banega’s cross settled the tie for Sevilla with two minutes to go.

Wolves will not be in European competition next season after finishing seventh in the Premier League.

Five-time winners Sevilla – who are unbeaten in 19 games in all competitions – will face Ole Gunnar Solskjaer’s United in Dusseldorf on Sunday. Inter Milan or Shakhtar Donetsk await the winners in the final.

The defeat will come as a huge disappointment to Wolves, who could struggle to hold on to some of their star players without any European football next year.

The season started on 25 July 2019 with a 2-0 qualifying home win over Crusaders in qualifying in front of 29,708 excited fans on their return to Europe after 39 years. And it ended after 59 games in an empty ground far away from home.

They looked exhausted after a quick start on a hot night in Duisburg.

Jimenez had a header saved after 37 seconds from Adama Traore’s cross and then had a poor penalty saved after Traore was fouled following a sensational surging run.

They had two reasons to be aggrieved. Goalkeeper Yassine Bounou appeared to be off his line and defender Diego Carlos entered the box before the kick was taken and headed the loose ball.

The video assistant referee did not spot either infringement.

Wolves did not manage a single shot on target in the 77 minutes following that and were hanging on for large portions with a solid defensive performance.

All rights reserved. This post: 'Wolves knocked out of Europa League by late Sevilla goal' and other digital content on this website, may not be reproduced, published, broadcast, rewritten or redistributed in whole or in part without prior express written permission from Anambra City News.